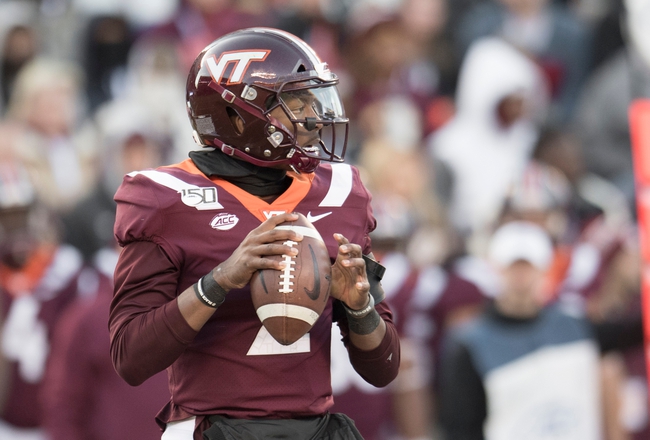 Penn State put together a nice football campaign in 2019. The Nittany Lions finished 11-2 overall and 7-2 in the Big Ten, earning a trip to the Cotton Bowl Classic where they dispatched Memphis 53-39. As for Virginia Tech, they did pretty well themselves last season at 8-5 overall and 5-3 in the ACC. The Hokies' Belk Bowl trip ended in disappointment however, as they fell to Kentucky 37-30. Check back all season long for free college football picks and college football predictions at Sports Chat Place.

Let’s take a closer look at both teams and see if we can get an idea of how things might play out when the Nittany Lions face the Hokies on September 12.

Penn State really doesn’t have much to complain about when it comes to 2019. Sure, the Nittany Lions missed out on taking the East Divison to Ohio State, but considering the Buckeyes went 9-0 (and won the head-to-head matchup) there wasn’t much to be done there. Penn State’s only other blemish last year was a 32-26 loss at Minnesota, and though they’d like to have that one back it wasn’t so bad considering the bigger picture. In any case, 2020 brings head coach James Franklin back for his seventh season, and he’ll get a new offensive coordinator in Kirk Ciarracca. The Nittany Lions have another strong incoming class of recruits to work with, headlined by a trio of four-star wide receivers who should step in and get right to business. We should be hearing plenty from names like KeAndre Lambert, Parker Washington and Jaden Dottin this season.

Over on the Virginia Tech side, they outperformed expectations in 2019, running right along with Virginia in the Coastal Division until falling in the head-to-head matchup in the last regular-season game. The Hokies were coming off a 6-1 stretch going into that game and were ranked (No. 24) for the only time that week. Virginia Tech had a couple of tough losses during the year and the disappointing bowl defeat but all things considered it was a strong effort in an always-tough conference. Moving on to 2020, Virginia Tech head coach Justin Fuente will have himself a new DC in Justin Hamilton, and gets back OC Brad Cornelson for his fifth year. That staff has had a mess of transfers this offseason, and though the team has lost some talent there’s still plenty on the roster. Receivers Tre Turner and Tayvion Robinson should have nice seasons catching passes from an efficient Hendon Hooker.

Pick: I’m going Virginia Tech. I like this game to be pretty close the whole way. Both teams will still be feeling out their lineups at this early point in the season, and though Penn State is probably still the stronger team overall, playing at Lane with a high-energy roster should buoy the Hokies sufficiently enough to keep pace. This is one of the most intriguing matchups of the early NCAA football slate, so mark your calendars.