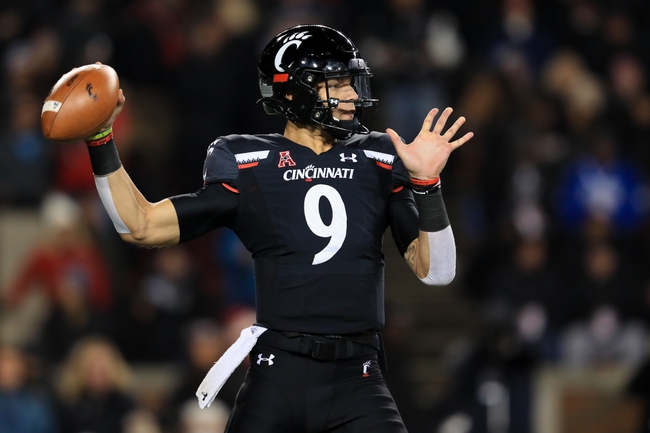 The Line: Cincinnati Bearcats -14 Click to Get Latest Betting Odds

USF is coming off a forgettable season in 2019, going 4-8 overall and 2-6 in the American Athletic Conference. The Bulls finished in fourth place in the East Division and out of bowl contention. As for Cincinnati, they fared much better at 11-3 overall and 7-1 in the AAC. The Bearcats fell in the conference championship game to Memphis 29-24, but bounced back in the Birmingham Bowl with a win over Boston College 38-6. Get Free College Football Picks and College Football Predictions for every game all season long at Sports Chat Place.

Let’s take a closer look at both teams and see if we can get an idea of how things might play out when the Bulls meet the Bearcats on October 3.

USF’s 2-6 conference record was pretty dismal, but they still finished in fourth place in the division. The Bulls came out of the gate at 1-3 and were really uneven during the year, letting a few close games slip away and destroying their chances at a potential bowl berth with four straight losses. In 2020, USF will try to start anew with a fresh coaching staff led by Jeff Scott. The Bulls offense will try to develop more consistency this season and focus more on clock control with a strong rushing attack. Nine starters are returning on offense, and QB Blake Barnett should be able to take a step forward after an up-and-down campaign last year.

Over on the Cincinnati side, they had an exciting 2019 campaign, barely fending off a pesky UCF in the East Division standings to take that No. 1 spot. Outside of an early-season loss to a strong Ohio State team, Cincinnati’s only thorn was Memphis, to whom they lost twice in a row late in the season. Needless to say, that rematch is going to be pretty epic. In any case, 2020 marks the fourth season of head coach Luke Fickell on the Cincinnati sideline. He’ll get QB Desmond Ridder and his 14 starts back this season, and with 73 percent of the overall Bearcats team returning we should see plenty of productivity on both sides of the ball.

Pick: I like Cincinnati. As an early-look pick, the Bearcats are returning a very strong percentage of players from a very strong result last year. A few new faces will need to step into key roles as far as rushing and receiving, but Cincinnati has more than enough talent to spread across the lineup and should be great once again in 2020. The Bearcats will certainly be contending for the AAC title.

As for USF, it’ll be a challenge getting the players up to speed after a weird offseason and with a new coaching staff, but with a few games under their collective belt the offense should be more reliable on a week-to-week basis. I don’t think the Bulls can close a two-score gap here, but if the line goes much higher as the game draws closer I’ll look at it again.