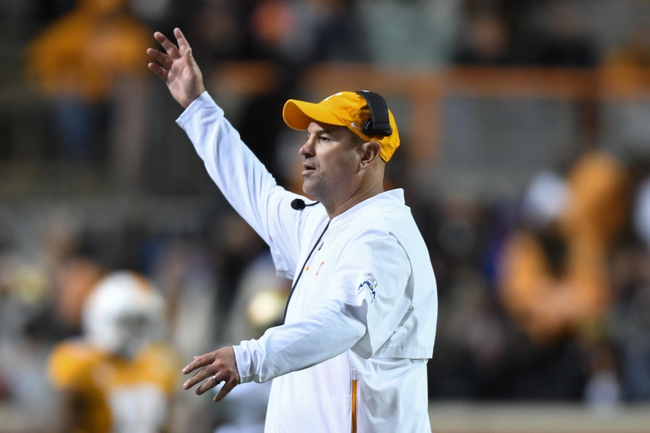 Florida is coming off a pretty great showing in 2019, putting up an 11-2 record overall and going 6-2 in the SEC. The Gators went on to the Orange Bowl, where they took out Virginia 36-28. As for Tennessee, they went a respectable 8-5 overall with a 5-3 SEC record last season. The Volunteers earned a trip to the Gator Bowl and went on to beat Indiana 23-22. Check back all season long for free college football picks and college football predictions at Sports Chat Place.

Let’s take a closer look at both teams and see if we can get an idea of how things might play out when the Gators meet the Volunteers on September 26.

Florida was ranked at No. 8 in the 2019 preseason poll, and they actually jumped up a couple notches with a No. 6 finish. The Gators’ only two losses came to elite teams in LSU and Georgia, and the Bulldogs game was very close at 24-17. Still, that head-to-head Georgia loss cost Florida the division, so it'll linger a while. In any case, 2020 marks the third season for Gators head coach Dan Mullen and his crew. Quarterback Kyle Trask will be expected to take another step after a great campaign last year, and the offense should be strong once again. On defense, Florida does lose stars like Jonathan Greenard, David Reese and CJ Henderson, but with a pretty deep team in a familiar system the turnover shouldn’t be too bad.

Over on the Tennessee side, they generated a nice buzz last season with a good 8-5 campaign and their first bowl appearance since 2016. The Volunteers were predicted to finish fifth in the East Division, but they crawled all the way up to third behind only Georgia and Florida. Tennessee managed all that despite a rough schedule, two close losses right out of the gate and an ugly 2-5 record in mid October. Things appear to be on the upswing for Tennessee and third-year head coach Jeremy Pruitt, and though there should be some quarterback questions as we head closer to the season the Vols do have a few solid options in Jarrett Guarantano, Harrison Bailey and Brian Mauer. The Tennessee O-line should be pretty darn good, and that will pave the way for a potentially excellent running game as well.

Pick: I have to lean Florida as an early-look pick, but it’s reasonably close. The Gators will waltz into 2020 ready to go, as they’re returning lots of key players in an established system. At seven points it seems like a pretty decent play right now, but if the line inflates as we get closer to this game it’ll be a different story.

As for Tennessee, they’ll be fine once they get the QB situation solidified, and there should be some great things in store for the Vols this season. They may stumble a little early on but they’ll figure it out; just like last year.