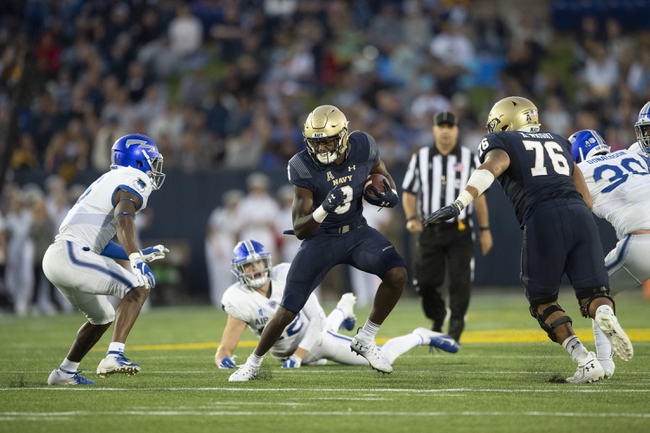 Navy had a nice run in 2019, finishing at 11-2 overall and 7-1 in the American Athletic Conference. The Midshipmen earned the Commander-in Chief’s Trophy and got a Liberty Bowl victory 20-17 over Kansas State as well. As for Air Force, they managed an 11-2 mark overall and a 7-1 record in the Mountain West. The Falcons got an invite to the Cheez-It Bowl, where they defeated Washington 31-21. Check back all season long for free college football picks and college football predictions at Sports Chat Place.

Let’s take a closer look at both teams and see if we can get an idea of how things might play out when the Midshipmen meet the Falcons on October 3.

Navy really exceeded expectations last season; the team was initially projected to finish fifth in the West, but crawled all the way up to second at season’s end, behind only Memphis due to a heads-up loss on September 26. The Midshipmen’s only other defeat came courtesy of Notre Dame, and they also got a ranked win over SMU in late November. Moving on to 2020, Navy brings back head coach Ken Niumatalolo in his 13th season at the helm and 23rd overall with the team. We should expect to see more focus on the Midshipmen’s rushing attack (which was a great strength last year), but that’s a tall order considering the departure of QB Malcolm Perry. Likely getting the first look to step in will be Perry Olsen, and if guys like Michael Cooper and Ryan Mitchell can grab a few big-play passes each game, Navy will be in business.

Over on the Air Force side, they also finished second in their division, and also just behind the first-place team by one game in Boise State. The Falcons dropped the third game against the Broncos, then fell at Navy a couple of games later as their only losses of the year. A spot in the conference championship was frustratingly close. In any case, 2020 is Air Force head coach Troy Calhoun’s 14th season in charge, and his team will also be concentrating on rushing and ball control this season. The top six leading rushers on the Falcons roster are back, including the one-two combination QB punch of Donald Hammond and Isaiah Sanders. Four of the top five O-linemen return as well, so there should be plenty of room to run out there.

Pick: I’m going to stick with Air Force here. As an early-look pick on a potentially close game, this one is pretty difficult to get a feel for but with the Falcons playing in a comfortable setting after a few warm-up games Air Force should be playing optimally by this point in the season. The returning talent and experienced coaching staff should help the Falcons control the ball and avoid mistakes, which will be crucial in a likely heavy time-of-possession game. Navy should be a solid team this season as well, but there may be some initial growing pains through those first few games as they get used to their new lineup. Regardless, this one should be an exciting affair that will probably come down to the wire. Be sure not to miss this game.