Which College Football Coach had the Most Bowl Losses? 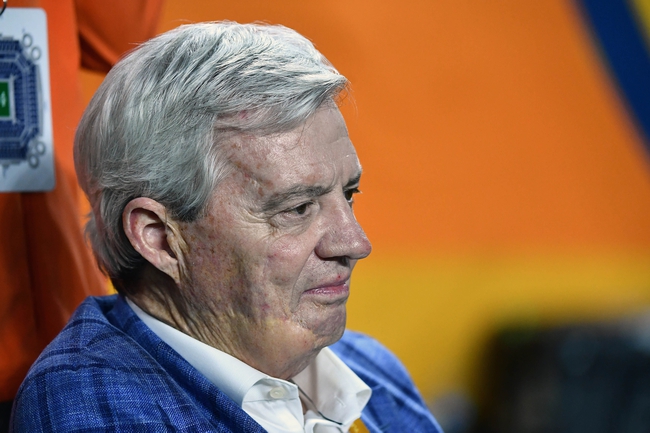 The College Football Coach Had the Most Bowl Losses

The Ten Football Coaches with the Most Bowl Losses

There are six players who are tied for seventh place with 10 bowl losses. The only active coach that is still left on this list is Nick Saban, who has had plenty of wins to go with the 10 bowl losses.

George Welsh found a lot of success during his coaching career with Navy and Virginia but he didn’t end his career strong. Each of his last four games he coached, he lost.

Vince Dooley spent his entire career with the Georgia Bulldogs and from 1974-79 he lost four straight bowl games.

Bear Bryant had a lot of success during his career, but there were plenty of games that he ended up losing. From 1967-1974 Alabama was in a bowl game, and every game they failed to win. They did end one game in a tie, but every other game was a loss.

Joe Paterno found a lot of success on the field during his time in Penn State, but since there was so many appearances, he also lost a few. He ended his time at Penn State with a 24-12-1 record in Bowl games.

Bo Schembechler found a lot of regular-season success, especially with Michigan, but he really struggled in Bowl games. Overall he finished with a 5-12 record overall.in bowl games.

Tom Osborne is the best coach in Nebraska history, but he still finished with a less than .500 record in Bowl games.

LaVell Edwards found a lot of success during the regular season at BYU, but there wasn’t a whole lot of success that happened in Bowl games. Edwards finished with a 7-14-1 record in bowl games.