Which College Football Coach Had the Most Bowl Game Appearances? 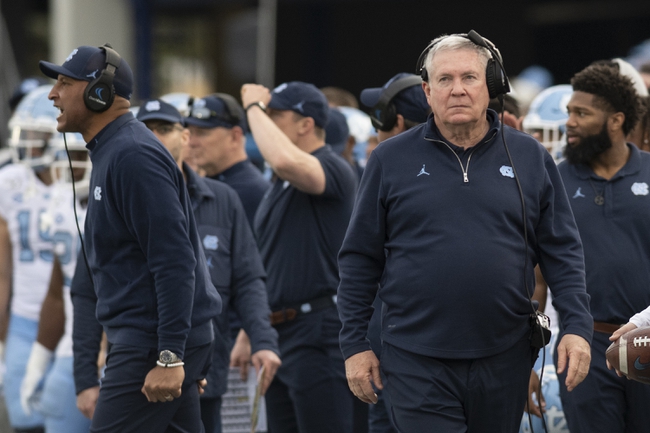 The College Football Coach With the Most Bowl Games

The Ten College Football Coaches Who had the most Bowl Games

The Head Ball Coach found a lot of success during his career with Duke Florida and South Carolina. He finished with an 11-10 record overall.

Mack Brown is best known for his time with the Texas Longhorns but he hopes to move well up this list with success at North Carolina.

LaVell Edwards spent his entire season with the BYU Cougars, leading them to all kinds of success.He only won seven bowl games, but he did appear in 22 bowl games.

Lou Holtz made many different stops during his career finishing his career with 22 Bowl appearances. He led Notre Dame to five bowl wins.

Frank Beamer led the Virginia Tech Hokies to a bowl game each season from 1993-2015. He finished with an 11-12 record in bowl games.

Fun fact about Nick Saban, he actually lost the first three bowl games that he led the Michigan State Spartans too. Since coming to Alabama he has a 12-5 record in Bowl Games.

Tom Osborne is the best coach in Nebraska Cornhuskers' history. During his time with the team, he led them to 25 bowl appearances.

Joe Paterno is a very controversial figure with everything that happened at Penn State, but he did lead them to 37 bowl appearances.

The pick in this article is the opinion of the writer, not a Sports Chat Place site consensus.
Previous Pick
Which College Football Coach had the Most Bowl Losses?
Next Pick
Which college football team has been ranked the most weeks at Number One?