Who Thew the Most Interceptions in College Football History? 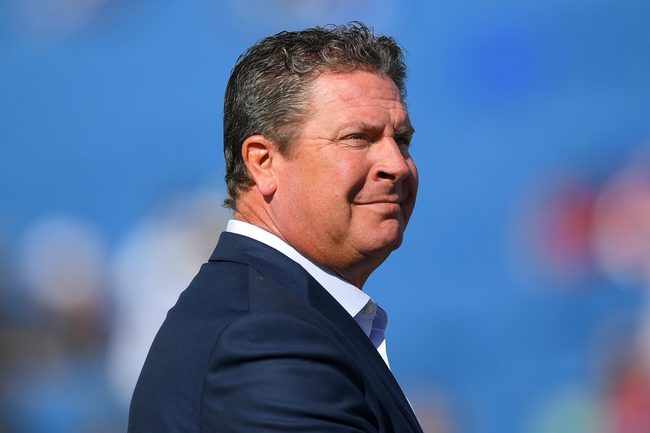 The College Football Quarterbacks with the Most Career Interceptions

These are the top ten college football quarterbacks with the most career interceptions.

As the modern game turns to a more pass-oriented style, college football QBs are often in search of those big plays. Sometimes it doesn’t work out; we still get completed passes, but not to their intended targets. Let’s take a closer look at the college football quarterbacks who have the dubious honor of throwing the most interceptions during their careers. Check back all season long for free college football picks and college football predictions at Sports Chat Place.

1. Timmy Chang, Hawaii, 80 (2000-04) - Chang holds the top spot on our career interceptions list, mostly because he spent so much time on the field. During his playing days at Hawaii, Chang started 50 of 53 games at QB, completing 1,388 of 2,436 passes (57.0 percent) to rack up 17,072 yards and 117 touchdowns. After his college years Chang played professionally in the USA, Canada and Europe before transitioning to a coaching career.

2. Mark Herrmann, Purdue, 75 (1977-80) - Herrmann has a great football resume to his credit in addition to holding the No. 2 spot here. He began his college career with a whopping 27 interceptions and 18 touchdowns in 1977, but never went over 19 for his remaining seasons. After his Purdue days, Herrmann went on to play for five different NFL teams and notched 4,015 passing yards as a pro. Herrmann was elected to the College Football Hall of Fame in 2010.

3. Todd Ellis, South Carolina, 73 (1986-89) - Ellis isn’t widely known on a national level, but he’s a beloved figure in the world of South Carolina football. After posting 49 touchdowns, 73 picks and 9,953 pass yards in college, Ellis was drafted by the Broncos. He would never appear in an NFL game, but Ellis returned to Columbia to serve as the Gamecocks’ play-by-play announcer for radio broadcasts.

4. Dan Marino, Pitt, 69 (1979-82) - Unquestionably the most well-known quarterback on our career college interceptions list, Marino is a household name. During his first three seasons Pitt was a powerhouse, logging 33 wins and only three losses in that time. Marino kept up the air assault during his NFL career, collecting 420 touchdowns, 252 interceptions and 61,361 pass yards. He’s a member of both the Pro Football Hall of Fame and the College Football Hall of Fame, and Marino’s famous jersey number (13) was retired by both the Dolphins and Pitt.

5. Leamon Hall, Army, 68 (1974-77) - Hall is a major figure in the long history of Black Knights football. A three-year starter, Hall posted a 7-4 record during his senior season and amassed 5,502 passing yards in his career. Hall’s class was also key in the Army-Air Force rivalry, beating the Falcons in three of their four college years.

5. Randy Hertel, Rice, 68 (1977-80) - Hertel had a couple of decent years during his time at Rice, but he also had a couple of really bad ones. In 1977, he posted nine touchdowns with 24 interceptions, and he matched that feat again in 1979 with seven TDs and another 24 picks. Hertel had more touchdowns than interceptions in his other two years, but only by one TD in each season.

7. Steve Ramsey, North Texas, 67 (1967-69) - Ramsey had a lot of interceptions during his career at North Texas, and some significant success as well. He tossed an NCAA-high 21 touchdown passes in 1967, and managed 24 more in each of the next two years. After graduating, Ramsey went on to play in the NFL for the Saints and Broncos during a seven-year pro career.

7. Billy Stevens, UTEP, 67 (1965-67) - As the oldest entry of the college football career interceptions list, Stevens is certainly a blast from the past. He played at UTEP way back when it was called Texas Western College, winning the Sun Bowl MVP in both 1965 and 1967. Stevens was a two-time All-American and played two seasons with the Green Bay Packers.

7. Brad Tayles, Western Michigan, 67 (1989-92) - Tayles isn’t widely known outside of Western Michigan football circles, but he posted a few significant seasons for the team. Beginning his career with eight touchdowns and 25 interceptions in 1989, Tayles got a handle on things in his 1990 sophomore season with 16 passing scores and 11 picks. The TD/INT ratio went upside-down again in Tayles’ junior and senior seasons however, totaling 15 touchdowns and 33 interceptions in those two years.

10. Ty Detmer, Brigham Young, 65 (1988-91) - Detmer is a good name to finish off our college football interceptions list, as he’s a very accomplished football guy. After winning the Heisman Trophy in 1990 and finishing off a storied BYU career, Detmer would play in the NFL for 14 seasons. As a pro, he managed 34 touchdowns, 35 interceptions and 6,351 passing yards.

The pick in this article is the opinion of the writer, not a Sports Chat Place site consensus.
Previous Pick
Old Dominion Monarchs 2020 Win Total - College Football Pick, Odds, and Prediction
Next Pick
Who Has the Most Receptions in College Football History?