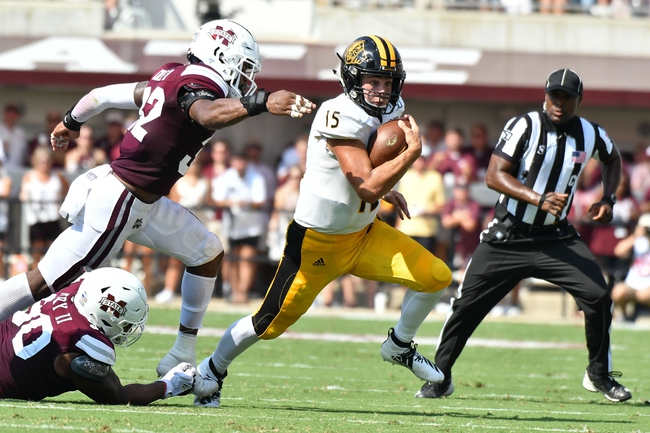 The South Alabama Jaguars come into this one looking to bounce back from a 2019 season that saw the Jags match their lowest win total in a season since joining the FBS in 2012, posting a 2-10 record including a 1-7 mark in Sun Belt conference play. Desmond Trotter is expected to start at QB for the Jaguars after throwing for over 1,900 yards and 14 TDs with 11 interception in his freshman campaign and his improvement will be key in improving a South Alabama offense that averaged 330 yards and 18.4 points per game last season and have scored 17 or less 13 times over the last two years. Kawaan Baker is back to lead an experienced USA receiving group with six of the top seven pass-catchers for South Alabama back after Baker led the Jaguars with 35 grabs for 574 yards. Jalen Tolbert also had a team-high 6 receiving touchdowns, but the Jaguars big issue on offense is on the ground as Tra Minter, who racked up over 1,000 yards last season is gone. But the O-line brings back 80% of its starters from last year. Defensively, the front line needs to be retooled but the Jaguars bring back seven of the top eight tacklers from last year’s squad that finished 5th in the conference in yards allowed and points per game allowed. Riley Cole and Nick Mobley will need to anchor the middle of the defense for the Jags and Keith Gallmon and Devin Rockette will be tasked with leading the Jaguars in the secondary.

The Southern Miss Golden Eagles come into the 2020 season looking to improve on yet another successful campaign after a 7-6 record including their 5-3 record in C-USA conference play as well as their 30-13 loss to the Tulane Green Wave in the Armed Forces Bowl. A key piece to sustaining and even improving on last year’s record will start with Jack Abraham at QB who threw for almost 3,500 yards and 19 touchdowns last season on 68% passing, as well as new offensive coordinator Matt Kubik who comes to Southern Miss after turning Louisiana-Monroe into one of the better offensive units in the Sun Belt conference in recent years. Kevin Perkins and Trivenskey Mosley are expected to share backfield duties for the Golden Eagles after Perkins rushed for 547 yards and three scores last year while Mosley had an efficient freshman year, posting almost 500 rushing yards. The receiving corps needs some time to get comfortable without Quez Watkins who is now in the NFL, but Jaylond Adams and Tim Jones make up the top pair of receivers in the Golden Eagles’ offensive unit. Jones is expected to be the #1 after logging 73 grabs for over 900 yards last season. Arkansas transfer Grayson Gunter is also expected to start at tight end for the Golden Eagles. Defensively, the Golden Eagles brought back tony Pecoraro to lead and coach up the defense after posting a top-20 defense for Southern Miss in 2016-17, and it’s needed after the Golden Eagles struggled against the pass and allowed 26.2 points per game last season. The good news for Pecoraro is that seven starters are back, including a large chunk of their defensive front and linebacking group that finished 1st in C-USA and 18th in the country in terms of defending the run.

Laying this many points with Southern Miss on opening night feels strange as we don’t know how guys are going to gel early on and it may take a while for the quarterbacks and receivers to get in sync in real game time. The problem there is that South Alabama is rebuilding, and they weren’t even that good of a team to begin with. I think Southern Miss trying to get comfortable is miles ahead of South Alabama at full strength, which they may not be here either. Give me Southern Miss and lay the points here. 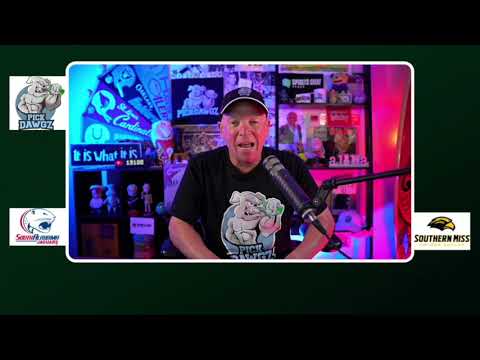