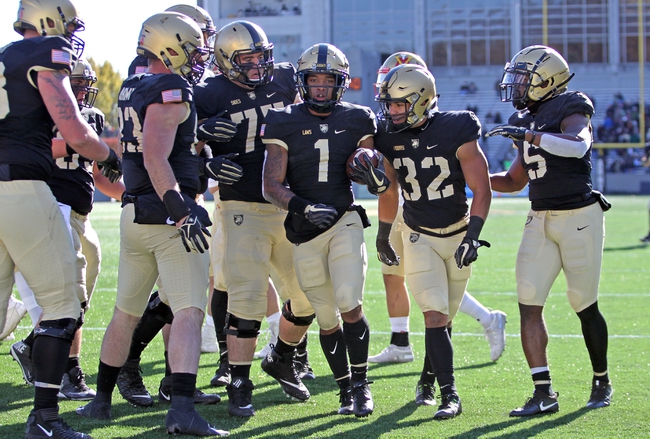 The Middle Tennessee Blue Raiders are coming off a four-win season that ended with them losing five of their last seven games. The Middle Tennessee Blue Raiders averaged 26.3 points per game and 408.3 yards while allowing an average of 29.9 points and 459.3 yards per game. MTSU returns both of its quarterbacks from last season in Chase Cunningham and Asher O'Hara, a duo that combined for 2,837 yards, 22 touchdowns and nine interceptions. Jarrin Pierce is the leading returning receiver for the Blue Raiders with his 562 receiving yards and four touchdowns, and Chaton Mobley is coming off a season where he averaged four rushing yards per carry and scored three touchdowns on 52 touches. Defensively, linebacker DQ Thomas was second on the team with 74 tackles, Rakavian Poydras had a sack and a quarterback hurry and Reed Blankenship had two interceptions and three pass deflections. Middle Tennessee return more than enough to where it should like its chances for an improved season.

The Army Black Knights are coming off a five-win season that ended with them losing seven of their last nine games. The Army Black Knights averaged 28.5 points per game and 379.2 yards while allowing an average of 23 points and 342.3 yards per game. Army has to find a starting quarterback to replace Kelvin Hopkins Jr., and it looks like Christian Anderson is going to get that chance with Jabari Laws being the backup. Running back Sandon McCoy returns after 576 rushing yards and 10 touchdowns, and Army has a handful of receivers back for another season in Camden Harrison, Artice Hobbs IV and Michael Roberts. Defensively, linebacker Arik Smith returns after 83 tackles, Edriece Patterson is still on the line after three sacks and Kwabena Bonsu is coming off a season where he had six tackles for loss. Army has a good enough defense to improve on last years efforts, but the main focus is finding a more effective starting quarterback.

The Middle Tennessee Blue Raiders are one of those teams that's had issues the last couple of years whenever stepping up in competition. The Army Black Knights have quarterback questions, which isn't what you want when running the triple-option offense, but they have enough experience on both sides of the ball and should be solid enough defensively to squeeze out a victory. MTSU is just not a team I'm thrilled about betting on, especially on the road, regardless of how many points they're getting. I'll take Army by a touchdown. 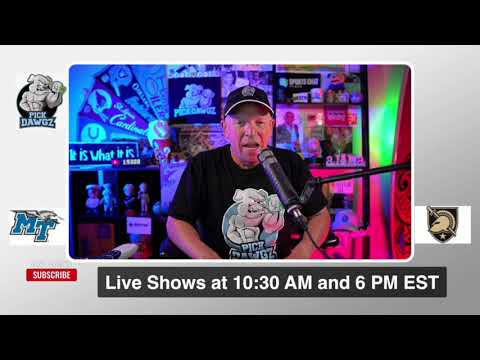