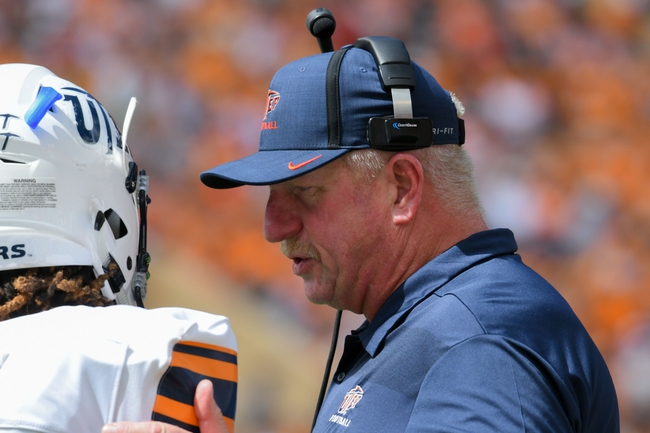 Stephen F. Austin is coming off a 3-9 record overall last year, going 3-6 in the Southland Conference. That result left the Lumberjacks just two spots out of the basement in the standings despite being an improvement over the previous year. As for UTEP, they went 1-11 in 2019 and were winless at 0-8 in Conference USA play. The Miners finished in last place in the West Division. Check back all season long for free college football picks and college football predictions at Sports Chat Place.

The Lumberjacks finished right around where they were projected in 2019, and got off to a bad start with a four-game losing streak. Stephen F. Austin finally got a win at Lamar, but then lost four more straight games to pretty much bury the season.

This year, Stephen F. Austin head coach Colby Carthel moves into his second season, as do offensive coordinator Matt Storm and defensive coordinator Scott Power. That group will have their work cut out for them in 2020, as the Lumberjacks have some tough foes on the schedule.

Over on the Miners’ side, they finished exactly where they were projected in the West Division in 2019, landing in the basement spot by a pretty sizable three-game margin. UTEP opened up with a 36-34 win against Houston Baptist, but then dropped 11 straight games. Only one of those losses was by single-digits.

So, on to 2020 and the third year of UTEP had coach Dana Dimel’s tenure. He’ll once again be joined by Mike Canales (offensive coordinator) and Mike Cox (defensive coordinator), also in their third seasons. The Miners get a daunting schedule right out of the gate, with games versus Texas, Louisiana Tech and Southern Miss in the first half-dozen games.

Pick: I’m leaning toward Stephen F. Austin here as the lesser of two evils. The Miners have a lot of work to do coming off that ugly 2019 campaign, starting on defense. UTEP coughed up 30 or more points 10 times last season, and at least 26 in the other two games. Needless to say, there’s not much to like. There’s almost nowhere to go but up for the Miners this year, but I think the Lumberjacks can handle this first matchup. All things considered however, these are probably two teams to stay away from for a few games until we get a feel for their styles this season.