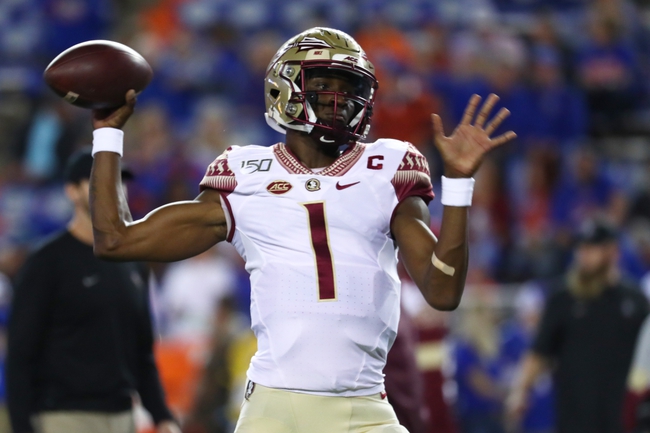 The Georgia Tech Yellow Jackets look for a bounce back season after winning three games and going 1-4 on the road last year. The Georgia Tech Yellow Jackets averaged 16.7 points per game and 286.3 yards while allowing an average of 32.4 points and 391.3 yards per game. James Graham returns at quarterback after throwing for 1,164 yards and 12 touchdowns as a freshman. Jordan Mason returns at running back after rushing for 899 yards and seven touchdowns while top receivers Ahmarean Brown, Malachi Carter and Adonicas Sanders are back as well. Georgia Tech has a chance to be much better offensively with more experience this time around. Defensively, David Curry is back after leading Georgia Tech with 97 tackles, Bruce Jordan-Swilling had 2.5 sacks and Kaleb Oliver had two interceptions. Needless to say, Georgia Tech has a lot of last years key players back for another season.

The Florida State Seminoles are coming off a six-win season and five of those victories took place at home. The Florida State Seminoles averaged 27.9 points per game and 408.3 yards while allowing an average of 27.8 points and 424.2 yards per game. James Blackman is back at quarterback after throwing for 2,339 yards and 17 touchdowns while completing 63 percent of his passes. FSU will have to find a reliable running back with much of the production no longer around, but leading receivers Tamorrion Terry and D.J. Matthews return, a duo that produced more than 1,500 receiving yards and 12 touchdowns. Defensively, Hamsah Nasirildeen returns after leading the Seminoles with 101 tackles, Marvin Wilson had five sacks and Cyrus Fagan had two pass deflections. There’s certainly no shortage of talent for Mike Norvell and his first year with Florida State, so expectations are going to be quite high in Tallahassee.

It's going to be interesting to see how the Florida State Seminoles slowdown the Georgia Tech triple option without a warm up game or a proper training camp, but if there's any time to play this style of offense, it's the first week of the season when you have several weeks to get ready for it. Florida State has the talent for a bounce back season and you know Mike Norvell wants to start his new job off with an encouraging win after all the success he had at Memphis. The speed difference is key in this matchup, as Georgia Tech simply lacks the speed on both sides of the ball. I'll take FSU by a comfortable victory in this ACC season opener. 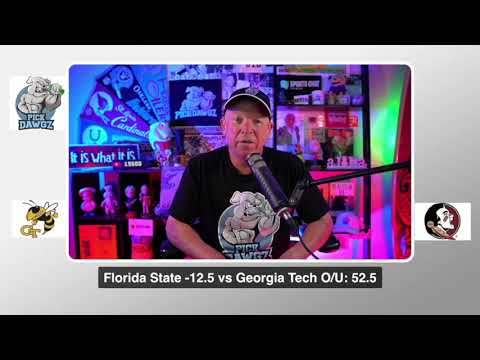