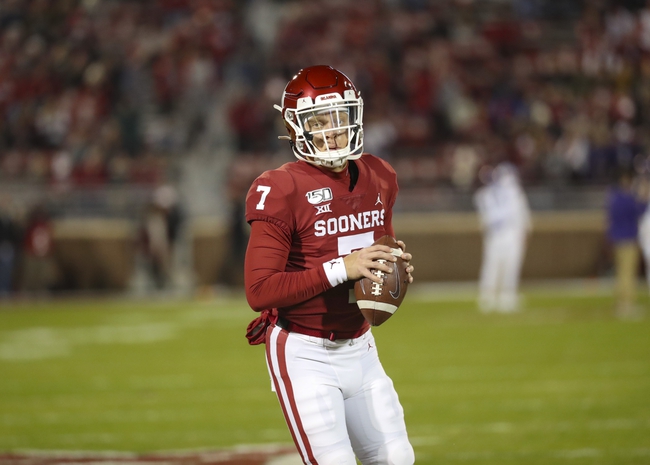 The Missouri State Bears have nowhere to go but up after a rough 1-10 season, but that lone victory came on the road. The Missouri State Bears averaged 15.5 points per game and 284.2 yards while allowing an average of 36.1 points and 442.4 yards per game. Dalton Hill should have a chance to start at quarterback after playing in two games last year and having three pass attempts. Myron Mason returns as the leading rusher after 247 yards and a touchdown last season, while Damoriea Vick and Lorenzo Thomas is a wide receiver duo that combined for 773 receiving yards and five touchdowns. Defensively, Titus Wall returns after having 58 tackles with Missouri State, Kevin Ellis had four sacks last season and Tyler Lovelace had three interceptions. Missouri State has to figure things out offensively, but there’s enough here on defense to be improved than what the Bears were a year ago.

The Oklahoma Sooners won 12 games last season and had things end in the CFP semifinal against the LSU Tigers. The Oklahoma Sooners averaged 42.1 points per game and 537.6 yards while allowing an average of 27.3 points and 343 yards per game. Redshirt freshman Spencer Rattler will takeover at quarterback, and he has big shoes to fill given how well the position has gone the last couple of years. Oklahoma will also have to replace a star receiver and a 1,000-yard rusher, and that means Rhamondre Stevenson and Charleston Rambo will have to emerge as the go-to players on offense. The talent is there, but it may take time to get used to all of the new faces on this Oklahoma Sooners offense. Defensively, Delarrin Turner-Yell returns after 75 tackles with the Sooners, Jalen Redmond had 6.5 sacks as a freshman and Jaden Davis had one interception.

The Oklahoma Sooners have some question marks they have to answer if they're going to be playoff contenders again this season, but they're playing a Missouri State quad that won just on game last year and had major issues scoring. While the Missouri State Bears can't be any worse than they were a year ago, this is a brutal spot for them to start their 2020 season. The Oklahoma Sooners have the advantage at every position across the board and should have their way in this contest from start to finish.

I'm not a fan of laying ridiculous chalk, but Missouri State showed us nothing last year to think it can compete in this contest.