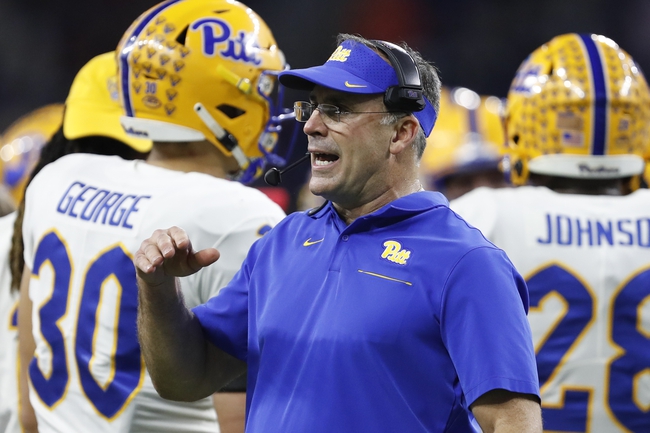 Austin Peay had a successful season in 2019 despite ending on a sour note. The Governors went 11-4 overall last year and 7-1 in the Ohio Valley Conference, which left the team as co-champions. Austin Peay made it to the FCS Playoffs Quarterfinals versus Montana State, but fell 24-10 in that one. As for Pittsburgh, they finished 8-5 overall last season and 4-4 in the ACC. The Panthers were selected for the Quick Lane Bowl, where they took out Eastern Michigan 34-30. Check back all season long for free college football picks and college football predictions at Sports Chat Place.

The Governors did better than expected last year, and were able to shake off a 2-2 start to bag nine wins in their next 10 games. There were a couple of early losses versus Central Arkansas 24-16 and East Tennessee State 20-14 that Austin Peay would obviously like to have had back, but the adjustments to finish off the season were sound.

This year, the Governors have already begun with a loss to stumble out of the gate, falling 24-17 to Central Arkansas in their opening game. Quarterback Jeremiah Oatsvall threw for 181 yards and an interception there, and CJ Evans rushed for 98 yards and a score on 10 carries. Jay Parker led the receivers with 55 yards from three catches.

Over on the Pittsburgh side, they had to compete in a very talented conference last season as usual, and did pretty well for the most part. The Panthers dropped late games to Virginia Tech 28-0 and Boston College 26-19, but the bowl win was a nice bounce-back and a good way to cap off the year.

This season, Pittsburgh head coach Pat Narduzzi enters his sixth year with the team. He’ll be joined by offensive coordinator Mark Whipple in his second season and defensive coordinator Randy Bates in his third. The Panthers will want to get off to a strong showing early, as there are plenty of big schools on the schedule and lots of strong opponents ahead.

Pick: I’m going Pittsburgh here. Though Austin Peay brings back 14 starters from last year and should get a competent season out of redshirt junior Oatsvall, the team meandered out of the gate in the opening loss. The Panthers are simply a better team and will consistently face a high level of competition this season. It should be a good warm-up game for Pitt, and I like a big win here.