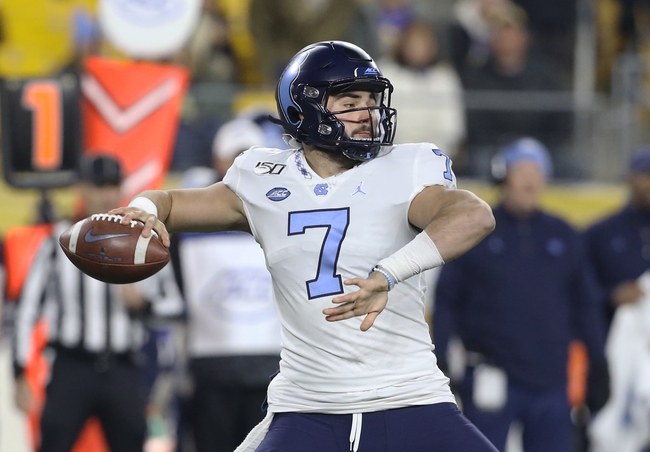 The North Carolina Tar Heels and Syracuse Orange face off on Saturday in an ACC showdown at Kenan Memorial Stadium. The last time these two teams faced off was in 2018 with Syracuse coming away with a 40-37 victory.

The North Carolina Tar Heels look like they could be a team on the rise with Mack Brown now calling the shots. North Carolina finished last year with a 7-6 record including beating Temple 55-13 in the Military Bowl. The Tar Heels offense was one of the best in the Nation and a big reason was because of quarterback Sam Howell who was a standout last season. Howell finished last season throwing for 3,641 yards, 38 touchdowns, and seven interceptions. Outside of Howell, the team also brings back nine other starters on that side of the ball.

On the other side of this matchup is the Syracuse Orange who will look to bounce back after having some struggles during the 2019 season finishing with only five wins. There was a lot of talk about quarterback Tommy Devito when he came to Syracuse, but he hasn’t lived up to those expectations. Last season Devito finished throwing for 2,360 yards, 19 touchdowns, and five interceptions. Syracuse did bring in two new coordinators and there are some playmakers on defense, and in this game the defense is going to need to step up.

North Carolina is the more talented team but I see a big season from Devito for Syracuse and he is going to have a big game in this one. It might not be enough to come away with a victory, but Syracuse will cover the spread.