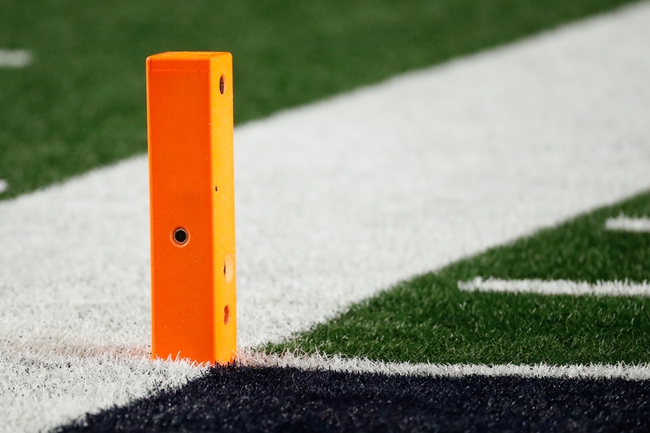 The Citadel is coming out of a .500 season in 2019 at 6-6 overall and 4-4 in the Southern Conference. That left the Bulldogs in fourth place and out of bowl contention. As for the Bulls, they fared worse at 4-8 overall and 2-6 in the American Athletic Conference. South Florida finished in fourth place in the East Division and missed out on postseason play. Check back all season long for free college football picks and college football predictions at Sports Chat Place.

The Bulldogs improved last season from a 5-6 record in 2018, but not by much. The Citadel stumbled out of the gate with four losses in six games, but to their credit the losses weren’t blowouts. The first three were by a touchdown or less, then there was a 34-21 loss to VMI.

This season, the Citadel returns head coach Brent Thompson in his fifth season. The Bulldogs’ early schedule isn’t exactly enviable, as the team will have to travel to USF, Clemson and Army over the first month. Still, a reasonable showing against some of those strong teams will go a long way.

Over on the USF side, they were picked to finish slightly higher in the East Division last year, and their anemic 2-6 conference record was certainly a disappointment. Things didn’t start out well with a blowout loss to Wisconsin 49-0 and a game they probably should have had versus Georgia Tech 14-10. the Bulls took four of their next six, but went on a four-game slide to finish off a forgettable season.

The Bulls get a coaching change this season in new head guy Jeff Scott. He brings in Charlie Weis Jr. as offensive coordinator and Glenn Spencer on the defensive side. Scott is a former co-offensive coordinator at Clemson, and he’ll be hoping to install some of that electricity on the scoreboard for USF in his first year.

Pick: I’m going with South Florida. This one could be tricky, though. Installing a new coaching staff is never easy, and during this weird offseason no one has been able to properly integrate things. That said, USF’s Scott has big-school experience and should be able to bring some of those philosophies to the Bulls. It’ll likely be a rough start, but South Florida should show some improvement this year.