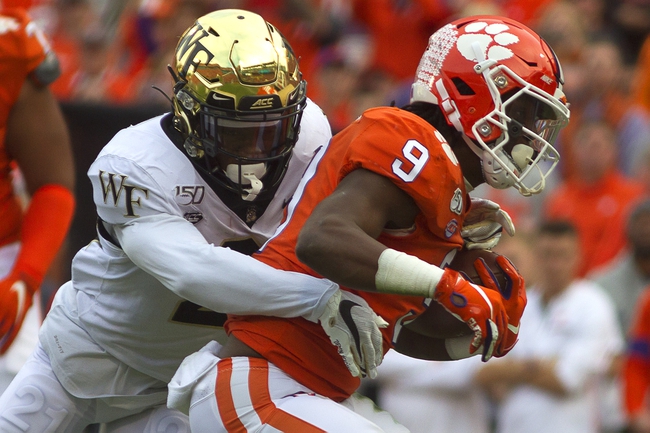 The Clemson Tigers are coming off a 14-win season that ended with a loss in the national championship. The Clemson Tigers averaged 43.9 points per game and 528.7 yards while allowing an average of 13.5 points and 288.3 yards per game. Clemson has the best quarterback in the country in Trevor Lawrence, who threw for 3,665 yards and 36 touchdowns last season while completing 65.8 percent of his passes. Travis Etienne returns at running back after a season where he rushed for more than 1,600 yards and 19 touchdowns, while Justyn Ross and Amari Rodgers is a wide receiver duo that combined for nearly 1,300 yards and 12 touchdowns. Clemson is once again loaded on the offensive side. Defensively, James Skalski returns after finishing second on Clemson with 90 tackles, Tyler Davis had 6.5 sacks as a freshman and Derion Kendrick had two interceptions. The Clemson Tigers are once again a strong contender to make another run at a national title this season.

The Wake Forest Demon Deacons are coming off a successful eight-win season that resulted in a spot in the Pinstripe Bowl. The Wake Forest Demon Deacons averaged 31.8 points per game and 464 yards while allowing an average of 29.1 points and 416.5 yards per game. Sam Hartman will takeover at quarterback after throwing for 830 yards and four touchdowns on 97 pass attempts last season. Kenneth Walker III rushed for 579 yards and four touchdowns as a freshman while Donavon Greene averaged 19.1 yards per reception and had two touchdowns on 13 catches. Wake Forest has to find some playmakers on the outside, but the Demon Deacons are ahead of the curve with an experienced quarterback and reliable ground game. Defensively, Ryan Smenda returns after leading Wake Forest with 81 tackles, Carlos Basham had 11 sacks and Ja'Sir Taylor had two interceptions. Wake Forest should have one of the better defenses in the ACC this season.

The Clemson Tigers are obviously the better team here and should win comfortably, but this is a ton of points to lay in a season opener on the road when teams aren't getting proper training camps in place. The Wake Forest Demon Deacons don't have the top tier talent Clemson has, but they do bring back experienced playmakers on the offensive side and have a defense that should be one of the better units in the ACC. Wake Forest has the ability to surprise some people this season.

I'll take the boatload of points with Wake Forest. 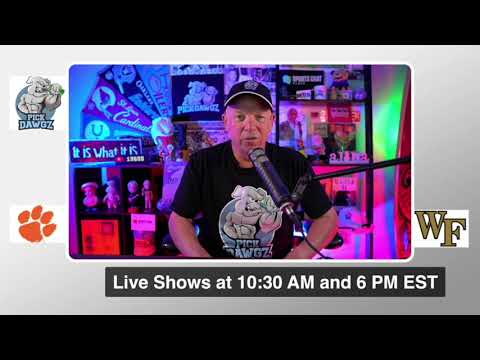