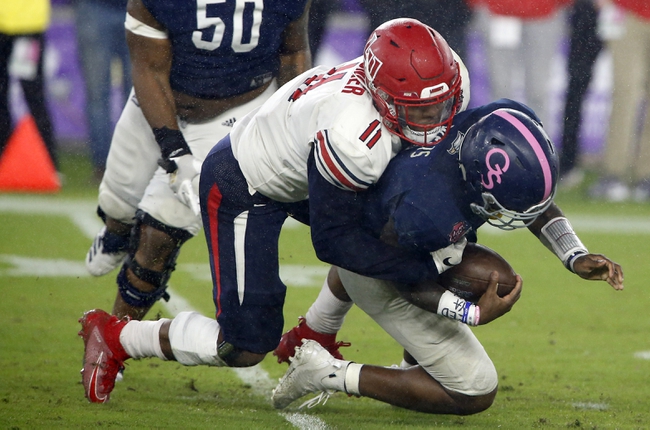 The Florida Atlantic Owls look for another successful season after winning 11 games that included a 5-1 record on the road. The biggest task for new head coach Willie Taggart is finding a reliable starting quarterback to replace Chris Robison, and last month there were four guys in the running for the job. FAU also says goodbye to its top-three receivers from last season, which doesn’t help the offense out of the gate. The good news for the Owls is that leading rusher Malcolm Davidson returns, and he rushed for 711 yards and nine touchdowns last season as a sophomore. Defensively, Zyon Gilbert returns after 58 tackles, Leighton McCarthy had six sacks and Ahman Ross had 2.5 tackles for loss. FAU has a new coaching staff in place and is replacing a ton of production from a year ago. There’s sure to be growing pains with these FAU Owls.

The Florida Atlantic Owls have a new coaching staff and will have a ton of new faces on both sides of the ball, so it's going to be interesting to see how this team looks and if they're able to recapture the magic they've had the last couple of years under Lane Kiffin. The Georgia Southern Eagles had the benefit of knocking the rust off and getting in the swing of things with a victory last week, but they nearly lost to an FCS program in Campbell. That's not good when going up against an FAU program that's improved and is starting to get better athletes.

New faces or not, FAU should win this game given what we saw from Georgia Southern last week. I'll lay the touchdown.