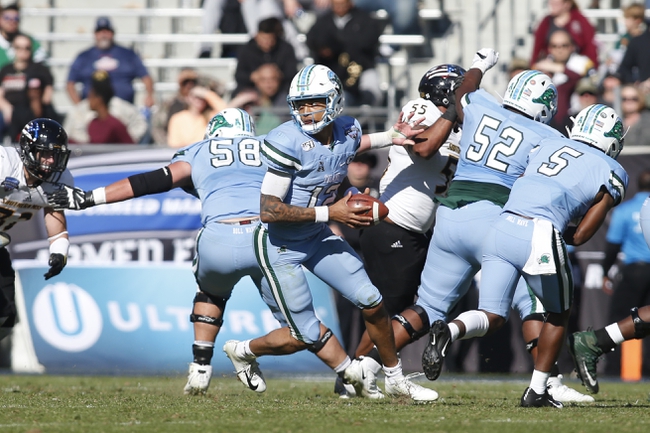 The Navy Midshipmen and the Tulane Green Wave meet in AAC conference college football action from Benson Field at Yulman Stadium on Saturday.

The Navy Midshipmen had a week to rest up and lick their wounds after ending up on the wrong side of a 55-3 beatdown at the hands of BYU last time out. The option offense just didn’t get going as Perry Olsen had 25 rushing yards as the catalyst of the offense at QB while Myles Fells led the Middies with 55 rushing yards and Jamale Carothers had a 28 rushing yards for Navy in defeat. Diego Fagot led the Navy defense with 13 total tackles including a team-high 5 solo tackles and two tackles for a loss. Kevin Brennan had 9 total tackles and Tama Tuitele had 9 total tackles while Ian Blake had 1.5 tackles for a loss in the losing effort.

The Tulane Green Wave will look to build off of a season-opening 27-24 win over South Alabama last time out. Keon Howard completed 14 of 30 pass attempts for 190 yards while also rushing for 26 yards and a TD as well. Tyjae Spears had a team-high 106 rushing yards on 11 carries while Amare Jones had 34 rushing yards and a touchdown and Cameron Carroll had 26 rushing yards and a pair of scores. Jha’Quan Jackson had a team-high 3 receptions for 44 yards while Christian Daniels had 33 receiving yards and the aforementioned Spears had two catches for 30 yards. Defensively, Nick Anderson led the way with 8 total tackles with a sack and 1.5 tackles for a loss while Cameron Sample and Dorian Williams each had 7 total tackles with 5 solo tackles, with Sample logging a pair of sacks and 3.5 tackles for a loss. Chase Kuerschen had 6 total tackles with 5 solo tackles and Patrick Johnson had 2 sacks with 2 tackles for a loss as well.

I get why the points with Navy would be tempting as the option offense tends to chew up a lot of clock and in all fairness, Tulane didn’t look all that great against South Alabama. However, Navy were absolutely bludgeoned by BYU and while the Green Wave don’t have as many fridge-sized linemen, the Green Wave have a ton of running backs that can run circles around Navy. I just think after one game, what Tulane showed us is a lot better than what we saw from Navy, and I’m not sure what you call what Navy brought to the table against BYU. I’ll lay the points with Tulane in this one. 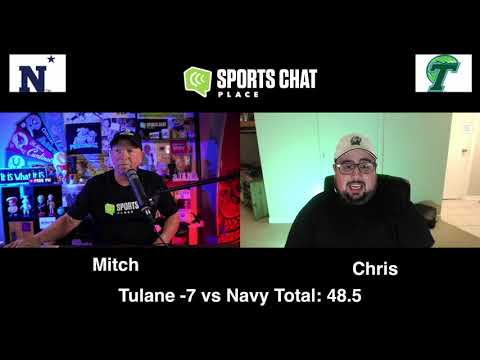