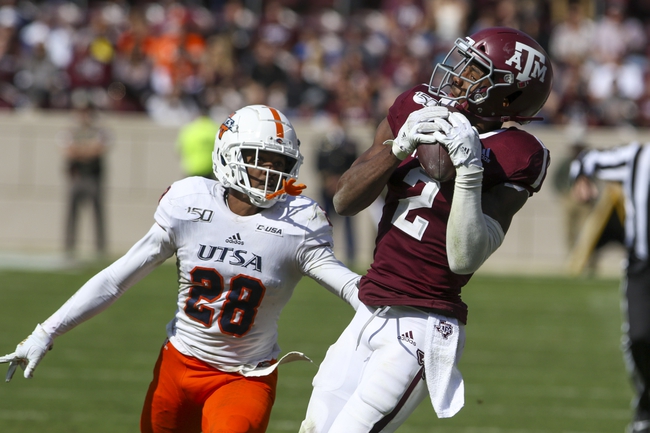 The Middle Tennessee Blue Raiders take on the UTSA Roadrunners in college football action from the Alamodome on Friday for Friday Night Football.

The Middle Tennessee Blue Raiders will be on the hunt for their first win of the season after dropping to 0-2 with a 47-14 loss to Troy last time out. Asher O’Hara has thrown for 155 yards and 3 interceptions on 57.6$ passing while also leading the Blue Raiders on the ground with 63 rushing yards and a ground touchdown this season. Jarrin Pierce leads Middle Tennessee’s receiving group with 15 catches for 114 yards while Jaylin Lane has a receiving TD for the Blue Raiders this year. Defensively, Reed Blankenship leads MTSU with 15 tackles including 9 solo tackles while Greg Grate Jr. has 14 total tackles with a team-high 10 solo tackles. Cody Smith leads Tennessee with 2 sacks and Decorian Patterson has 1.5 sacks this season.

The UTSA Roadrunners will be out to build on their 2-0 record after a 24-10 win over Stephen F. Austin in their last game. Frank Harris has thrown for 438 yards, 2 touchdowns and an interception on 66.7% passing while also rushing for 155 yards and 5 touchdowns this season. Sincere McCormick leads UTSA in the rushing yardage department, with 295 rushing yards on a team-high 48 carries while Joshua Cephus has a team-high 14 catches for 133 yards and 2 touchdowns. Brennon Dingle has 96 receiving yards as well for the Roadrunners this season. Defensively, Rashad Wisdom has a team-high 19 total tackles including 10 solo tackles while Jaylon Haynes has 3 sacks to lead UTSA in that department. Tariq Wooten also has 1.5 sacks for the Roadrunners this year.

Middle Tennessee has looked horrible and they should look just as bad here, I have to go with UTSA and lay the points. 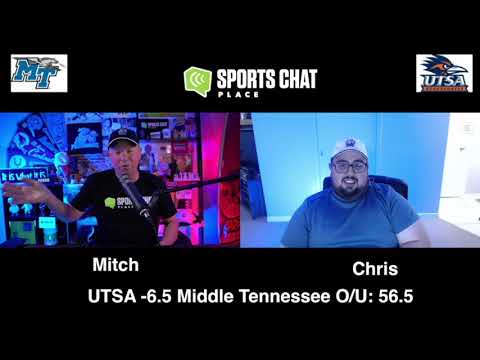