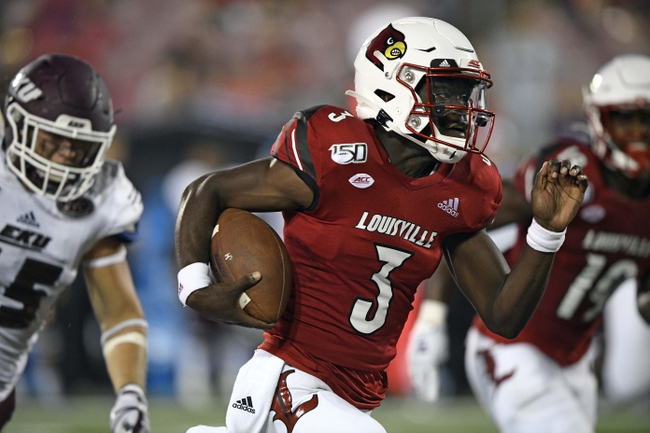 The Louisville Cardinals and the Pittsburgh Panthers meet Saturday in college football action from Heinz Field.

Louisville enters this game at 1-1 on the young 2020 season. The Cardinals took a 35-21 win over Western Kentucky in their opener, but then fell to Miami 47-34 this past weekend. As for the Panthers, they’re coming in at 2-0. Pittsburgh drilled Austin Peay 55-0 in Week 1 and then took out Syracuse 21-10 in their last game. Check back all season long for free college football picks and college football predictions at Sports Chat Place.

The Cardinals posted a nice effort versus Western Kentucky in the opener, going up 28-7 by halftime and never looking back. Louisville quarterback Malik Cunningham put up 343 yards on 19-of-34 passing for three touchdowns and an interception. Leading the receivers in that one were Dez Fitzpatrick and Braden Smith, who each had four catches for 110 yards (and Fitzpatrick scored).

In Week 2, Louisville couldn’t keep up with Miami in the first half, falling behind 20-6 at the break, The Cardinals scored 28 points in the second half, but also allowed 27. Cunningham threw for 307 yards, three touchdowns and a pick in that one, and Chatarius Atwell had 114 yards and two TDs on eight catches. Javian Hawkins led the rush with 164 yards and a TD.

Over on the Panthers’ side, they’re looking pretty solid so far. The big opener win versus Austin Peay wasn’t even close, as Pitt jumped out to a 42-0 lead at halftime. Panthers QB Kenny Pickett posted 277 yards and a touchdown in that one, and Vincent Davis led the way rushing with 43 yards and two touchdowns.

In the Syracuse game, Pittsburgh had a little more trouble but were still in control for most of the day. Pickett finished with 215 yards, two touchdowns and an interception in that game, and Davis had 53 yards on 18 carries. Tops in receiving were Jared Wayne and Jordan Addison, who combined for 12 receptions, two touchdowns and 116 yards.

Pick: I like the Cardinals in this one. Louisville has displayed some nice offensive capabilities so far, with 69 points between their two games. The defense has had a few issues allowing points though, so this one could end up being a high-scoring affair. Overall these teams match up pretty well and it will be an interesting game. By most indications, it should be a close finish as well. 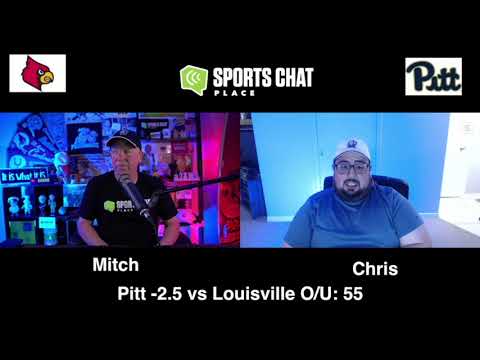