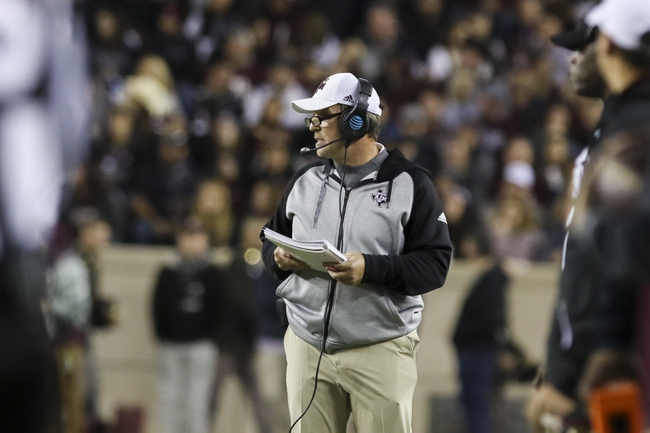 This will be the opening game of the 2020 season for both teams. The Commodores are coming off a disappointing 3-9 finish last season, going just 1-7 in SEC play. That finish left the Commodores in last place in the East Division. As for the Aggies, they went 8-5 overall last season and were .500 in the SEC at 4-4. Texas A&M earned an invite to the Texas Bowl, where they took out Oklahoma State 24-21. Check back all season long for free college football picks and college football predictions at Sports Chat Place.

The Commodores had a rough season in 2019, to say the least. Vanderbilt’s 1-7 mark in the SEC was last in the East, and second-to-last in the conference as a whole. The good news is that there was a nice win against Missouri mixed in there, as the Commodores won that one 21-14 on October 19. Otherwise, it was a rough schedule and a rough finish all around.

This season Vanderbilt head coach Derek Mason enters his seventh year at the helm. He’ll have two new faces at coordinator in 2020: offensive coordinator Todd Fitch and defensive coordinator Ted Roof. The Commodores are once again predicted to finish last in the East Division, so the staff certainly has their work cut out for them.

Over on the Texas A&M side, 2019 was overall a success. The problem was an absolutely stacked West Division that featured three ranked teams who finished above the Aggies. No. 1 LSU, No. 8 Alabama and No. 14 Auburn were all highly talented squads last year. Texas A&M’s only losses came to schools ranked No. 8 or above, and the win over No. 25 Oklahoma State in the Texas Bowl was a nice way to end the season.

The Aggies enter 2020 with the crew of head coach Jimbo Fisher, offensive coordinator Darrell Dickey and defensive coordinator Mike Elko once again. That group is in their third year on the Texas A&M sideline. It’ll be quite a gauntlet in the SEC this year. Along with Alabama, Auburn and LSU in the West Division, Florida, Georgia, Kentucky and Tennessee loom large in the East.

Pick: As much as I dislike that thick line, I’m going to stick with Texas A&M. This is going to be a big season for the Aggies in addition to the tough schedule. Fisher’s recruited guys are starting to become big parts of the team, and year three is when that group should presumably flourish. Texas A&M has most of the offensive line and defense returning, as well as their top rusher, passer and receiver from last season. I like the Aggies to explode out of the gate here in a dominant win. 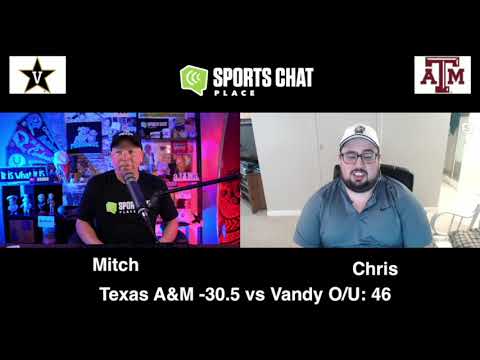