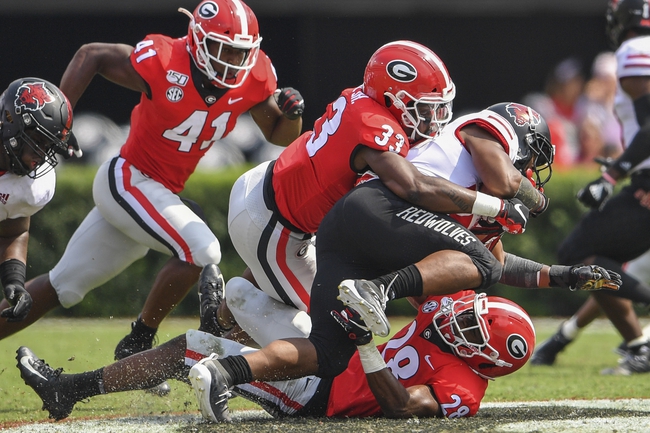 The Georgia Bulldogs and the Arkansas Razorbacks meet Saturday in college football action from Razorback Stadium.

This will be the first game of the 2020 season for both teams. Georgia is coming off a solid 2019, going 12-2 overall and bagging a Sugar Bowl victory over Baylor 26-14. As for Arkansas, they managed a disappointing campaign last season, going just 2-10 overall and 0-8 in SEC play for a last-place finish in the West Division. Check back all season long for free college football picks and college football predictions at Sports Chat Place.

The Bulldogs began the 2019 season ranked third in the AP Poll, and would finish it out ranked fourth. Georgia finished first in the East Division as expected, and fell to LSU in the SEC Championship game 37-10—which also was expected. The big Sugar Bowl victory over Baylor was a nice bow on a great season for the Bulldogs, but they’re likely still stewing over the 2OT loss 20-17 to South Carolina on October 12.

Moving on to 2020, Georgia enters this season ranked No. 4 overall once again. Head coach Kirby Smart enters his fifth season at the helm, along with second-year DC duo Dan Lanning and Glenn Schumann. We’ll see some new looks on offense under first-year coordinator Todd Monken.

Over on the Razorbacks’ side, there’s not much to like about the 2019 campaign. It was pretty painful. Arkansas actually began the year at 2-1, but finished off the season with nine straight losses. Furthermore, the Razorbacks are now on a 19-game losing streak versus SEC opponents, dating all the way back to 2017.

With head coach Chad Morris gone, Arkansas will turn to Sam Pittman to try and right the ship. He’s joined by offensive coordinator Kendal Briles and defensive coordinator Barry Odom, both in their first seasons with the team. The Razorbacks certainly have a tough SEC slate to wade through.

Pick: I’ve got to stick with the Bulldogs here. There’s plenty of uncertainty surrounding Arkansas, naturally, and with the weird offseason it’ll be difficult to get a bad team moving right out of the gate—especially versus a tough opponent. Georgia has some major competition in the East Division with Tennessee, Florida, etc. so it’s important for the Bulldogs to get off and running here. This is a good opportunity for a big warmup win right out of the gate. 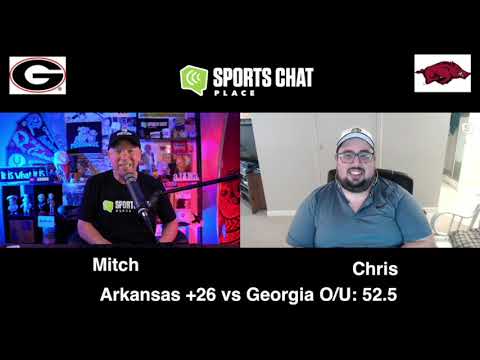