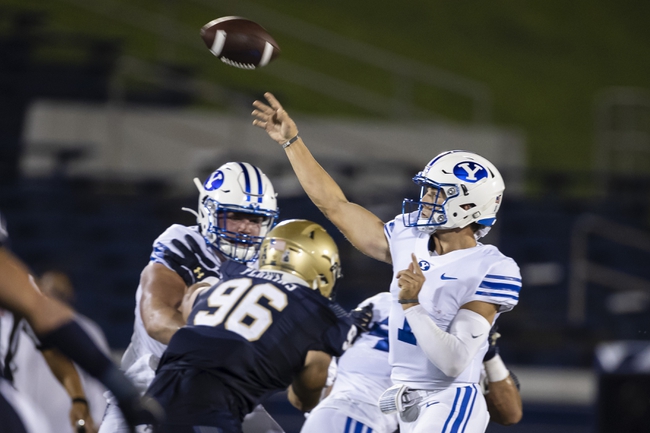 The Troy Trojans look for another victory after beating Middle Tennessee in their season opener. The Troy Trojans have lost four of their last six road games. Gunnar Watson is completing 70.3 percent of his passes for 248 yards, two touchdowns and one interception. Watson has two touchdown passes on his last 59 pass attempts. Khalil McClain and Bret Clark have combined for 134 receiving yards and two touchdowns while Tray Eafford has five receptions. The Troy Trojans ground game is averaging 240 yards per contest, and B.J. Smith leads the way with 81 yards on 10 carries. Defensively, Troy is allowing 14 points and 241 yards per game. Jayden McDonald leads the Troy Trojans with five tackles, Will Choloh has one sack and Terence Dunlap has two interceptions.

The BYU Cougars also look for a 2-0 start to the season after beating Navy a couple of weeks ago. The BYU Cougars have won three straight home games. Zach Wilson is completing 72.2 percent of his passes for 232 yards, two touchdowns and one interception. Wilson has two or more touchdown passes in four of his last six games. Gunner Romney and Neil Pau'u have combined for 172 receiving yards and one touchdown while Dax Milne has three receptions. The BYU Cougars ground game is averaging 301 yards per contest, and Tyler Allgeier leads the way with 132 yards and two touchdowns. Defensively, BYU is allowing three points and 149 yards per game. Pepe Tanuvasa leads the BYU Cougars with eight tackles, Isaiah Kaufusi has two sacks and Keenan Pili has one pass deflection.

The BYU Cougars will play their first game in over two weeks after positive COVID tests and there's still no telling what the roster availability for BYU will look like this week. The Troy Trojans absolutely smoked the boots off Middle Tennessee in their season opener on the road, a game in which they were just 2.5-point favorites. If Troy can have success on the ground like it did in its season opener, the Trojans can hang around. Bottom line, I have a hard time eating a bunch of chalk with BYU,  a team that is clearly dealing with roster issues due to the pandemic.

Give me Troy and the points. 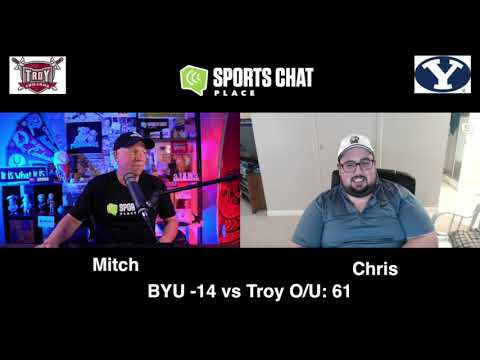