The Virginia Cavaliers are coming off a successful nine-win season and hope to build on that success as possible ACC contenders. Virginia has to find a quarterback replacement for Bryce Perkins, and he was a playmaker who is going to be very tough to replace. The good news is Virginia returns running back Wayne Taulapapa, who had 473 rushing yards and 12 touchdowns last season. Wide receiver Terrell Jana also returns, and he caught 74 passes for 886 yards last season. Defensively, Zane Zandier returns after leading Virginia with 108 tackles, Noah Taylor had seven sacks and Joey Blount had three interceptions. Virginia has to find a reliable quarterback if this is going to be another great season, but the defense will lead the way early and has a chance to be a top-25 defense in the country this season.

The Duke Blue Devils have an edge in this game because of the fact they've played two games and have been able to knock off the rust of not having proper practices. We don't know what to expect from the Virginia Cavaliers in their season opener and they're bringing out a new quarterback and a lot of new guys on offense overall. With that said, Duke hasn't looked great though two games and they've had road struggles dating back to last season. Virginia is also stacked on defense and has a chance to be one of the better defenses in the country this season.

I'll lay the touchdown with Virginia at home. 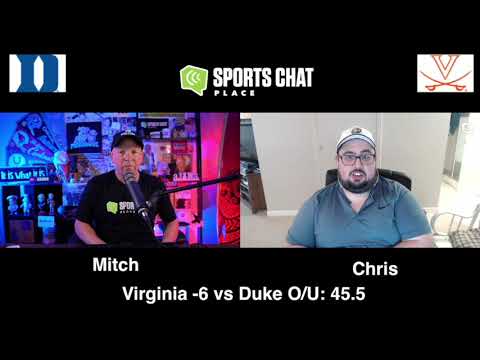