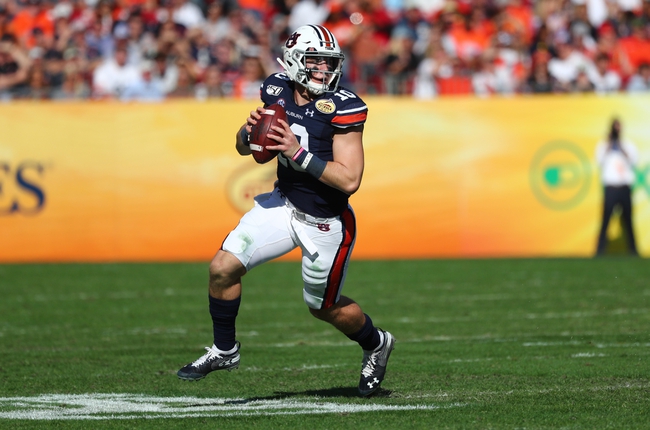 The Kentucky Wildcats finished the season on a four-game winning streak and produced eight wins on the year. Sawyer Smith returns at quarterback after throwing for 690 yards and four touchdowns while completing 45.2 percent of his passes. Josh Ali should be Kentucky’s elating receiver after 23 receptions last season, and a tight end duo of Justin Rigg and Keaton Upshaw may be the best in the SEC. Asim Rose averaged 5.54 yards per carry last season and will see an expanded workload with Lynn Bowden Jr. no longer on the roster. Defensively, Yusuf Corker returns after leading Kentucky with 74 tackles, Jamar Watson had 6.5 sacks and Quandre Mosely had one interception. The Kentucky Wildcats finally proved they can string together a solid season on the football side of things, and they could be in store for another successful season if the quarterback play improves.

The Auburn Tigers split their last eight games overall but ended up having a solid season last year that included nine wins. Bo Nix returns at quarterback after throwing for 2,500 yards and 16 touchdowns as a freshman and says he’s more confident in this offense heading into this season. Seth Williams and Anthony Schwartz are also back for Auburn, a wide receiver duo that combined for 1,200 yards and nine touchdowns. D.J. Williams will see a larger workload after averaging 4.76 yards per carry and scoring two touchdowns as a freshman running back. Defensively, K.J. Britt returns to Auburn after 69 tackles last season, Tyrone Truesdell had three sacks and Christian Tutt had two interceptions. The Auburn Tigers are a team that’s alway going to be in the thick of things in the SEC, and they’re going to be a serious threat this year if the quarterback play is more consistent.

This should be one of the better college football games of week 4, and while Auburn is the more talented team from top to bottom, Kentucky is no longer the punching bag of the SEC and returns more than enough talent to build on an eight-win season. Kentucky had issues on the road last season, but the Wildcats are strong in the trenches and can turn games into physical, grind it out style games, as we saw them hang around with a top-10 Florida team and against a big Arkansas team. It may not always be pretty, but Kentucky can do just enough to hang in this game and put a scare into the Auburn Tigers.

I'll take a shot with Kentucky and the points. 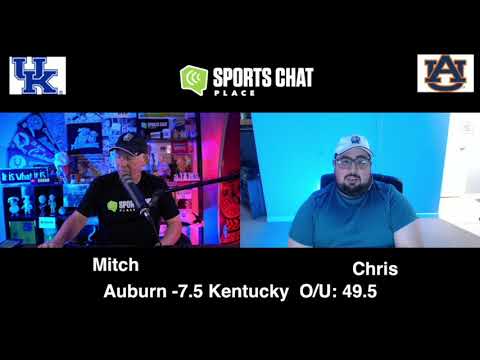