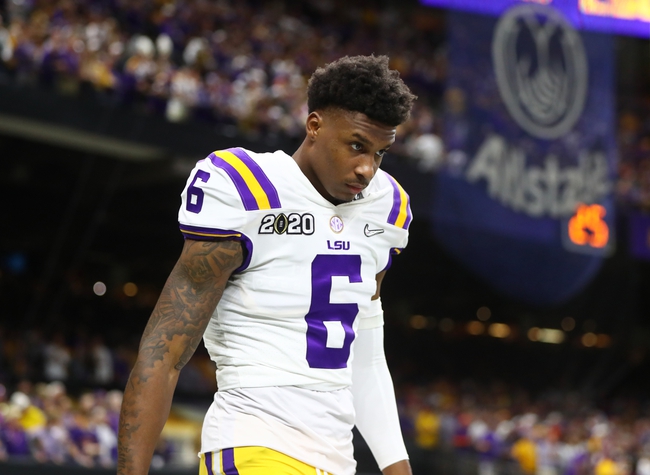 The Mississippi State Bulldogs and LSU Tigers face off in an SEC college football week 4 showdown on Saturday at Tiger Stadium.

The Mississippi State Bulldogs were able to win six games last year, but this team is going to look a lot different. Gone is Joe Moorhead and in is Mike Leach who likes to throw the ball a lot, and has never really had a keen eye on defense. Mississippi State has brought in former Stanford quarterback K.J. Costello. Costello had a lot of hype with him at Stanford, he played well but Mike Leach should be able to get him to the next level. Last season, Costello threw for 1,038 yards, six touchdowns, and three interceptions. The Bulldogs have also a big-time weapon out of the backfield with Kylin Hill. Last season Hill rushed for 1,350 yards and 10 touchdowns. On defense the Bulldogs have questions, but the offense will be the strength of this team.

On the other side of this matchup is the LSU Tigers whose team also looks a lot different from last season with Joe Burrow off the NFL. Even though Burrow is gone, Myles Brennan is now tasked with leading this offense, and expectations are still high for this team. One big issue with the Tigers is players have opted out including Ja’Marr Chase who was expected to be the top wide receiver for this team. Terrace Marshall Jr will be the top wideout back and last season he hauled in 13 touchdowns. This LSU defense was strong last year, and even though they lost some guys, this is still a loaded roster with a ton of talent. Derek Stingley Jr. had six interceptions last year as a Freshman and he could be an All-American this season.

LSU is the more talented team but Mississippi State’s offense is going to find success in this game. The Bulldogs might not do enough to come away with a victory, but they will do enough to cover the spread.