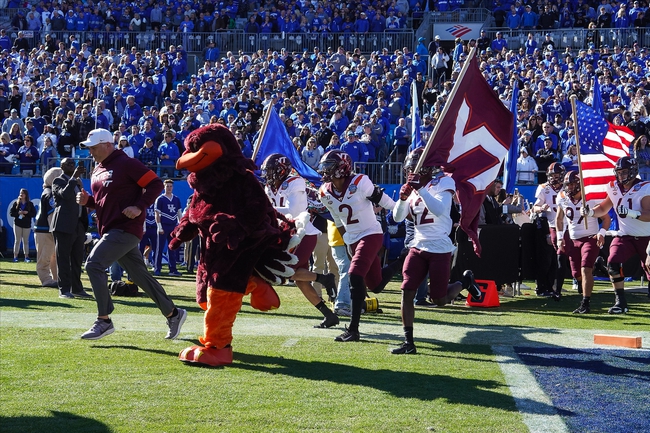 This will be the second game of the 2020 season for NC State. The Wolfpack played Wake Forest over the weekend, coming away with a wild 45-42 win to go up 1-0 on the year. As for Virginia Tech, this will be their first activity of the season. The Hokies are coming off a 2019 in which they finished 8-5 overall and 5-3 in ACC play. Virginia Tech went to the Belk Bowl, where they fell 37-30 versus Kentucky. Check back all season long for free college football picks and college football predictions at Sports Chat Place.

The 2020 year started out with a victory for NC State, 45-42 versus Wake Forest. In that one, Wolfpack QB Bailey Hockman went 16-for-23 with 191 yards, one touchdown and one interception. The rushing tandem of Ricky Person and Zonovan Knight was the real star of the show, however. That duo combined for 196 yards and three touchdowns on 25 carries for NC State.

Over on the Virginia Tech side, they’re also looking to improve over a disappointing season in 2019. The Hokies finished second in the Coastal Division to Virginia. A November 29 loss to the Cavaliers cost Virginia Tech a division title and spot in the conference championship game. The defeat by Kentucky in the Belk Bowl only served to extend the Hokies’ woes. The season wasn’t without its triumphs, however. Virginia Tech had some nice wins, including a victory over No. 19-ranked Wake Forest on November 9 and an 8-2 stretch in the middle of the year.

Head coach Justin Fuente returns to the Virginia Tech sideline in his fifth season, joined by fellow fifth-year man Brad Cornelsen at offensive coordinator. The Hokies get a new DC in Justin Hamilton, his second overall year with the team.

Pick: I like NC State in this one. The line isn’t too bad as of right now, and given what we saw in the first game, the Wolfpack should be pretty good at putting points up this season. Knight in particular has a nice outlook; he ran for 745 yards with a 5.5 YPC average last year. NC State has a great offensive line up front, and if the defense can keep things reasonable on the other side the Wolfpack have a good shot at a solid clock-control effort here. 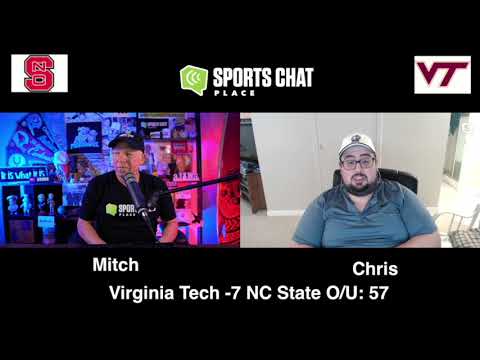