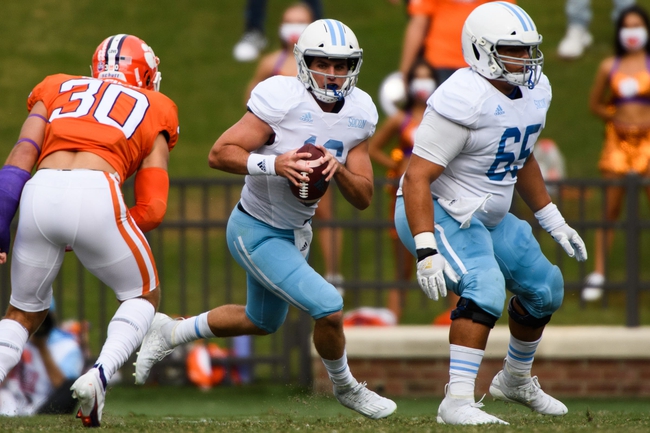 The Citadel Bulldogs also look for their first win of the season after a quick 0-2 start. The Citadel Bulldogs have split their last six home games. Brandon Rainey is completing 22.2 percent of his passes for 122 yards, zero touchdowns and one interception. Rainey has to be better if the Bulldogs are going to win this game. Ryan McCarthy and Keefe White have combined for 122 receiving yards on five catches while Raleigh Webb has one reception. The Citadel Bulldogs ground game is averaging 143 yards per contest, and White leads the way with 61 yards on 14 carries. Defensively, Citadel is allowing 38 points and 404.5 yards per game. Willie Eubanks III leads The Citadel Bulldogs with 21 tackles, Chris Beverly has one sack and Destin Mack has one pass deflection.

Neither of these teams have had the easiest schedule in the world, so this will give us a much better feel about where both team stands in the college football ranks. With that said, the Eastern Kentucky Colonels have looked worse off in both games, as they did little on either side of the ball and their offense didn't come close to finishing a drive. The Citadel Bulldogs also played the toughest team of the two with a recent trip to Clemson, so you'd think they'd be more prepared for this contest facing possibly the best team in college football.

I'll lay the chalk with The Citadel.