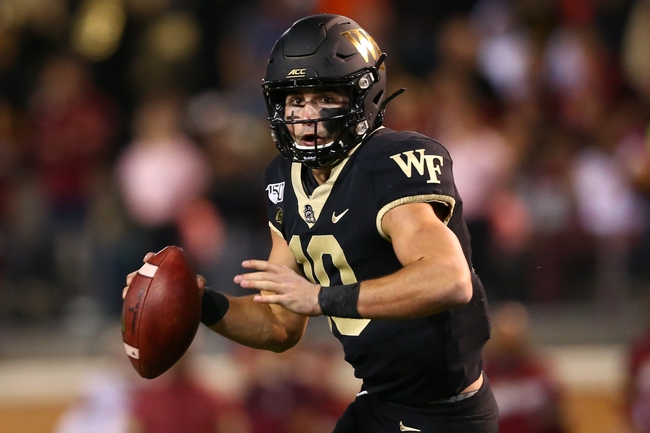 The Wake Forest Demon Deacons obviously have the talent edge here across the board, but they're also a team that's struggled out the gate defensively and has had issues running the ball offensively. The Campbell Fighting Camels don't win a ton of games, but they've done  great job of hanging around over the years, which includes taking Georgia Southern down to the wire in their season opener as big underdogs. We've backed Campbell a lot this season and it's paid off up to this point. These lines are often inflated for no reason than other than thinking an FCS team has no business sharing the same field with an FBS. The Camels compete.

Give me Campbell and the points.