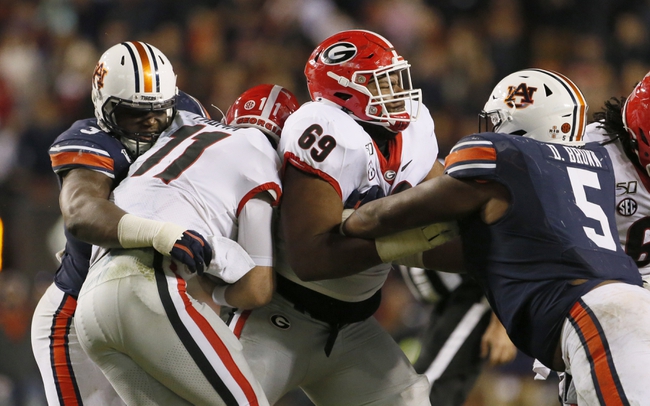 We head into week 5 of the college football season and the parlay bets are going to be added to everybody’s betting card.

Here is a college football parlay to consider for week 5.

Baylor -2.5 vs. West Virginia - The West Virginia Mountaineers struggled in their first test of the season against Oklahoma State, and now they return home where they didn't have a lot of success last season. The Baylor Bears dominated their season opener, and while it came against Kansas, the offense played with great pace and got whatever it wanted. We expected Baylor to play with a quicker tempo this season and the Bears are a legit Big 12 contender if their opener is an indication of things to come. I'm afraid WVU doesn't have the horses to keep up with Baylor for 60 minutes.

Georgia ML -245 vs. Auburn - Auburn had issues putting away Kentucky last week and now is thrown into the fire with a night road game against the Bulldogs. Georgia made light work of Arkansas last week on the road, and while the Razorbacks aren’t worldbeaters, it was an impressive dominant win in a game that could have been a lot more competitive. Georgia beat Auburn on the road last season and has the defense to slowdown these Tigers yet again. Georgia still has concerns offensively, mainly at the quarterback position, but home field and a nasty, aggressive defense gives the Bulldogs the victory. Since it’s a parlay, I’ll take the ML and remove some of the risk of laying a full touchdown.

Southern Mississippi vs. North Texas OVER 71.5 - This is a massive total but for good reason. The Southern Mississippi Golden Eagles are fresh off a game where they allowed 66 points against Tulane, and they're 69th in college football out of 72 teams in rush defense. The North Texas Mean Green allowed 31 points to Houston Baptist and 65 points against SMU. North Texas is 68th in pass defense and 62nd in rush defense. We’re going to see a lot of fireworks in this contest and the insanely high total just can’t get high enough for me not to take the over.