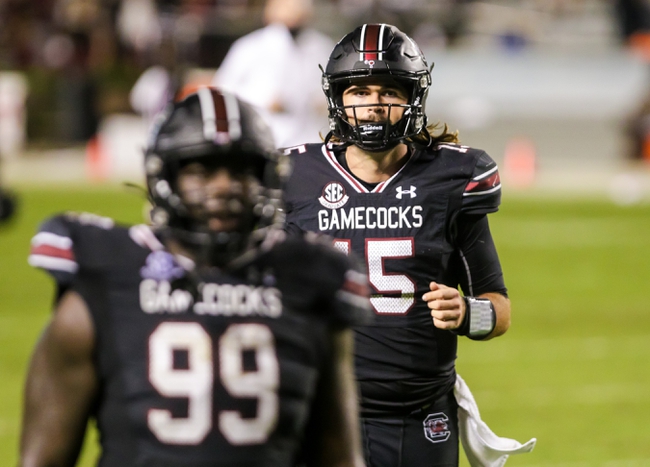 We head into week 5 of the college football season and there are some underdog bets to consider this weekend.

Here are some college football underdogs that have some bite.

South Carolina Gamecocks vs. Florida Gators, +17.5 - The Florida Gators are coming off a big victory over an underrated Ole Miss squad, and they have big games against Texas A&M and LSU on deck. Trap game here. The South Carolina Gamecocks had their moments against a ranked Tennessee team and they have some offensive weapons that can have success against this Gators defense. Last year, Florida was just a three-point favorite against the Gamecocks, so this is a mighty big swing in favor of Florida in just one season. We also can’t ignore the Will Muschamp factor and a possible revenge spot to his former school. Give me the points.

UTSA Roadrunners vs. UAB Blazers, +20 - In what world should the UAB Blazers be laying three touchdowns against anybody? UAB has never been the most talented team and has had issues in past years really running up scores. UAB also hasn’t played in a couple weeks due to COVID concerns. The UTSA Roadrunners are a quiet 3-0 straight up on the season, and that includes beating a decent Texas State team on the road in double overtime and dropping 37 points on Middle Tennessee. UTSA has some offensive punch this season and Sincere McCormick is easily one of the more underrated running backs in the country. UTSA and three free touchdowns is one of the better bets on the week 5 college football slate.

UL Monroe Warhawks vs. Georgia Southern Eagles, +20 - The Georgia Southern Eagles are the better team here and should win, but this is also the same team that nearly lost to Campbell as massive favorites and trailed that game entering the fourth quarter. Georgia Southern also showed little life offensively against Louisiana last week and could easily have five losses in its last seven games. The UL Monroe Warhawks are a tough sell because they’re 0-3 straight up and haven’t looked great on either side of the ball. However, UL Monroe does have the better quarterback for this game and it’s only a matter of time before the offense comes alive. Either way, Georgia Southern shouldn’t be laying three touchdowns with how it’s looked through two games.