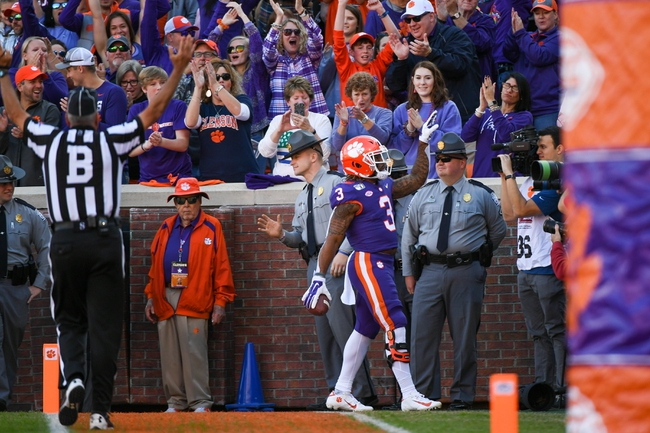 The Clemson Tigers look for another home win to start a CFB season 3-0 for the third straight season. The Clemson Tigers haven’t lost a home game since November of 2016. Trevor Lawrence is completing 81.1 percent of his passes for 519 yards, four touchdowns and zero interceptions. Lawrence has two or more touchdown passes in 10 of his last 12 games. Amari Rodgers and Frank Ladson Jr. have combined for 244 receiving yards and three touchdowns while E.J. Williams has four receptions. The Clemson Tigers ground game is averaging 173.5 yards per contest, and Travis Etienne leads the way with 170 yards and one touchdown. Defensively, Clemson is allowing 6.5 points and 246 yards per game. Myles Murphy leads the Clemson Tigers with nine tackles, Regan Upshaw has 1.5 sacks and Bryan Bresee has one pass deflection.

The Clemson Tigers have looked as good as we thought they would out the gate and Lawrence has to be the early frontrunner for the Heisman. Clemson is firing on all cylinders, but we also have to admit Wake Forest and The Citadel isn't the toughest completion in the world. The Virginia Cavaliers are a much improved program the last few years, and they're coming off a solid win over Duke where the offense looked sharp and they took over in the second half. Virginia isn't the same pushover team in the ACC its been in years past. The athletes have improved for Virginia and there's a toughness about this group.

Clemson wins, but that hook on the four free touchdowns could be key here. Give me Virginia and the points. 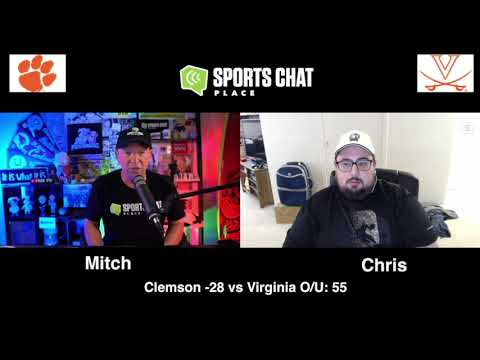