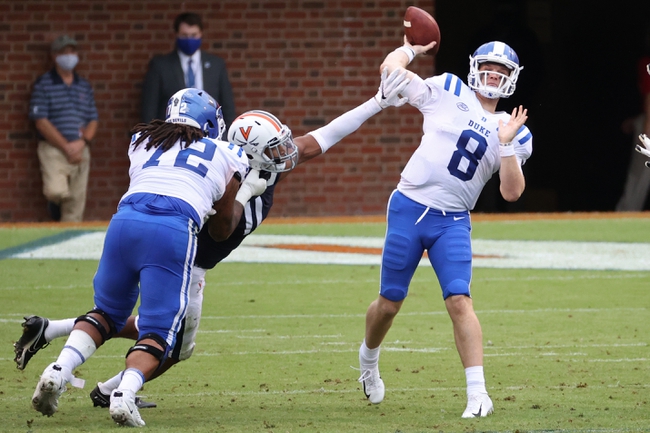 The Virginia Tech Hokies will be looking to build off a strong start to the season coming in the form of a 45-24 win over the NC State Wolfpack last time out. Braxton Burmeister threw for 106 yards on 7 of 11 passing while Quincy Patterson II had 76 yards and a pair of touchdowns on 4 of 6 passing. Khalil Herbert had a solid debut as the Kansas transfer had 104 rushing yards and a TD on 6 carries while Tre Turner had 53 rushing yards. Patterson II had 47 rushing yards and a score and Raheem Blackshear had a rushing touchdown as well. James Mitchell led Virginia Tech’s receiving group with 3 grabs for 68 yards and a touchdown while Tayvion Robinson hauled in 4 balls for 40 yards and a score. Defensively, Keonta Jenkins has a team-high 8 total tackles while Justus Reed added a pair of sacks for the Hokies and Brion Murray and Divine Deablo each had an interception for VA Tech in the winning effort.

The Duke Blue Devils will be looking for their first win of the season after dropping to 0-3 on the year after a 38-20 loss to Virginia last time out. Chase Brice has thrown for 722 yards, 2 touchdowns and 6 interceptions on 51.3% passing while Deon Jackson has rushed for 175 yards to lead the Blue Devils on the ground. Noah Gray leads Duke with 13 receptions for 152 yards and a touchdown while Jalon Calhoun and Jake Bobo each have 100+ receiving yards for the Blue Devils this year. Defensively, Shaka Heyward leads Duke with 26 total tackles including 14 assisted tackles, while Marquis Waters had 18 solo tackles with both Heyward and Waters logging 12 solo tackles this year. Victor Dimukeje has a team-high 4 sacks as well to lead Duke in that department this season.

Virginia Tech looked good against NC State, but NC State’s been terrible on the road dating back to last season and we really don’t know what we’re going to see from the Hokies going forward in terms of a decision at starting QB and as far as Duke goes, well, the offense that David Cutcliffe’s been known to run just hasn’t panned out and Chase Brice has been disappointing to say the least. I could see this being a game that barely hits 40-45 points, so give me the under here. 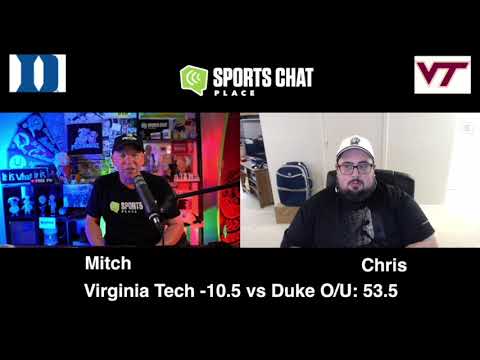