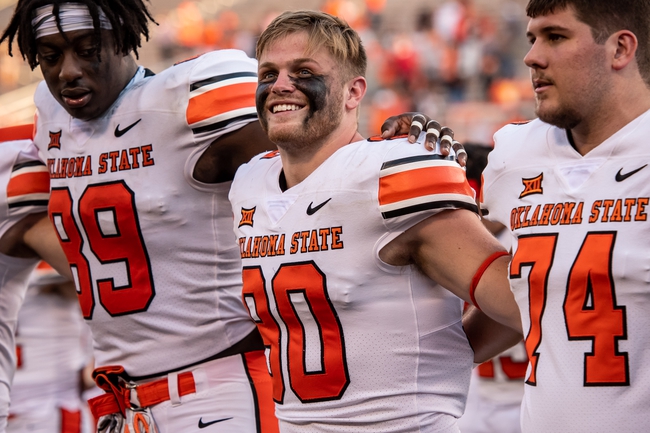 Oklahoma State is 2-0 on the young season. The Cowboys opened up with a 16-7 win over Tulsa, then took out West Virginia 27-13 last weekend. As for Kansas, they’re 0-2 this year. The Jayhawks fell to Coastal Carolina 38-23 in the opener, then dropped to Baylor 47-14 last weekend. Check back all season long for free college football picks and college football predictions at Sports Chat Place.

Oklahoma State took a while to get going in the opener versus Tulsa, and were down 7-3 heading into the fourth quarter. The Cowboys scored 13 points in that period however, thanks in large part to Chuba Hubbard’s 93 yards and a TD on 27 carries. Tylan Wallace led the Oklahoma State receivers with 99 yards on four catches there.

In the win over West Virginia the Cowboys offense got going a little better. Hubbard and La’Darren Brown were the stars of the show with a combined 33 carries for 204 yards and two touchdowns. Wallace was again the top receiver on six catches for 78 yards.

Over on the Kansas side, they were down 28-3 at halftime in the Coastal Carolina game, but posted 20 cosmetic points in the second half to make the scoreboard look better. Jayhawks QB Miles Kendrick put up 156 yards with two touchdowns and an interception, and Velton Gardner had 81 yards and a TD rushing. Kwamie Lassiter led the receivers with 63 yards and a score on five grabs.

In the Baylor game the Kansas offense regressed despite being down just 10 points at halftime in an eventual 47-14 loss. Jayhawks QB Jalon Daniels put up 159 yards on 19-of-33 passing, and Pooka Williams had 76 yards with two touchdowns. Lassiter was the lead receiver there with 65 yards on six grabs.

Pick: I’m going to stick with Oklahoma State here, but in reality I’m probably staying away. The Cowboys have showcased some pretty solid defense so far but we probably won’t be able to see what they’re capable of until the team sees tougher opponents (Texas, Oklahoma) later in the season. Kansas isn’t looking terrible so far, and they’ve got a pretty good ball-control philosophy going in the first couple of games. The Jayhawks still have a ways to go before they’re consistently competitive again, however. 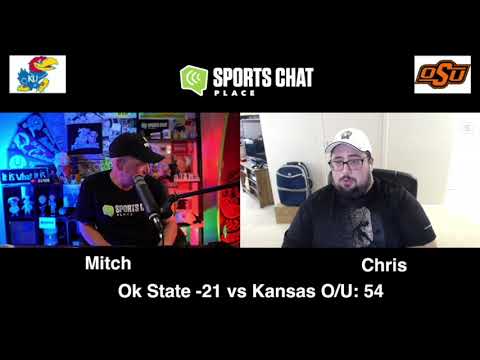