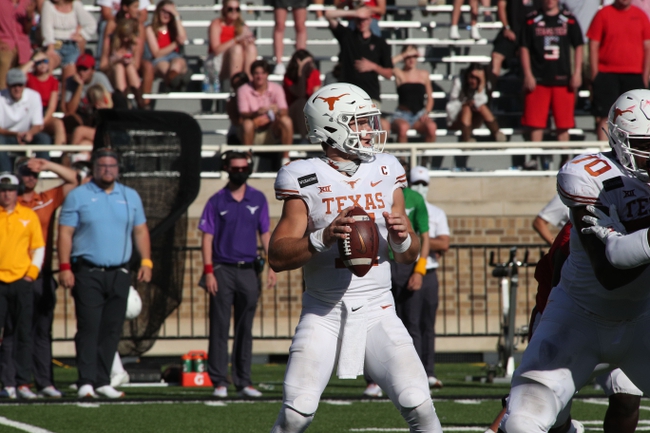 The TCU Horned Frogs come into this one looking to rebound from a 37-34 loss to Iowa State to kick off their season. Max Duggan threw for 241 yards, 3 touchdowns and an interception on 16 of 19 passing while Matthew Downing had a touchdown grab on 11 of 21 passing for 159 yards. Emari Demercado added a team-high 39 rushing yards while Taye Barber had a team-high 5 catches for 82 yards and a touchdown. Blair Cornwright had 74 receiving yards and a score while Artayvious Lynn and Quentin Johnson each had 62 and 50 receiving yards respectively, with both logging a receiving TD as well. Defensively, Garret Wallow had a team-high 9 total tackles along with a sack and two tackles for a loss while Dee Winters had 8 total tackles.

The Texas Longhorns will look to build off of a thrilling 63-56 OT win over Texas Tech in their conference opener to improve to 2-0 this season. Sam Ehlinger has thrown for 688 yards, 10 touchdowns and an interception on 71.2% passing while Keyontae Ingram has a team-leading 133 rushing yards and Roschon Johnson has 82 rushing yards and a pair of touchdowns. Joshua Moore leads Texas in receiving with 11 grabs for 200 yards and 4 touchdowns while Brendan Schooler has 9 catches for 123 yards and a pair of touchdowns. Defensively, Chris Adimora has a team-high 11 total tackles including a team-leading 7 solo tackles this season.

I understand why Texas is favored here as an explosive team with some serious star power on it led by Sam Ehlinger. However, the Longhorns defense was absolutely shredded by a Texas Tech team that narrowly scraped by Houston Baptist, and while TCU’s loss to Iowa State was frustrating for Horned Frogs backers, you have to be at least somewhat happy with how they performed with no previous game action before that one against an Iowa State team that already had a game under their belt. The Horned Frogs are also very well coached under Gary Patterson, and have actually won 5 of the last 6 meetings with Texas, with all five of those wins coming by double-digits. I’m not predicting an outright double-digit win here, but the Horned Frogs have shown in the pas that they battle and could pull off an upset here if not at least keep it close. I’ll take my chances with TCU and the points here. 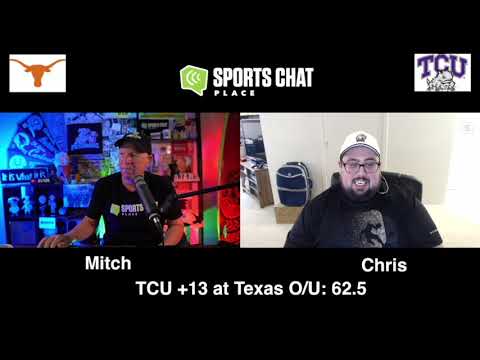