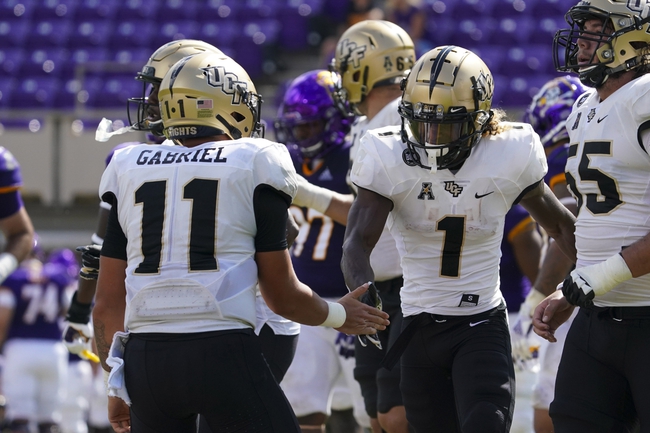 Tulsa enters this one at 0-1 on the young season. The Golden Hurricane lost their opener on September 19, falling 16-7 to Oklahoma State. As for UCF, they’re 2-0 so far. The Knights have bagged wins 49-21 over Georgia Tech and 51-28 over East Carolina. Check back all season long for free college football picks and college football predictions at Sports Chat Place.

Tulsa lost their opener versus Oklahoma State, but actually did pretty well. The Hurricane had a 7-3 lead going into the fourth quarter, but coughed up 13 unanswered points to end up losing 16-7 and falling to 0-1 on the young season.

In the loss to the Cowboys, Tulsa quarterback Zach Smith posted 165 yards with one TD and one INT, while Deneric Prince had 13 carries for 82 yards. Tops in receiving for the Golden Hurricane was Josh Johnson with five receptions for 63 yards and a score.

Over on the UCF side, they were able to blitz past an improved Georgia Tech team in their opener, with a 28-14 lead going into halftime. Knights quarterback Dillon Gabriel posted 417 yards with four touchdowns and one interception there, and Otis Anderso had 18 carries for 88 yards and a score. Marlon Williams had a great game on 10 catches, 154 yards and two TDs receiving.

The Knights kept it up in the ECU game, hanging 51 points on the Pirates. Gabriel provided UCF with 408 yards and four scores in that game, and Williams had 136 yards on 13 catches. Jaylon Robinson had an awesome outing as well with nine catches for 150 yards and two scores.

Pick: I’m going with UCF. I’d like to take a shot on Tulsa here, as they posted a nice defensive outing in their first game. That said, the Knights offense has been tremendous so far. UCF has scored an even 100 points through two games, and only allowed a relatively meager 49 points on the other side. I don’t think the Hurricane have the offensive prowess to be able to keep anywhere close here. 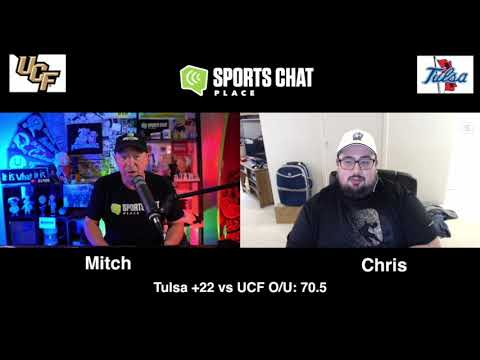