South Carolina enters this one at 0-1 so far. The Gamecocks took a tough loss 31-27 to Tennessee in their season opener last weekend. As for Florida, they’re sitting at 1-0 on the season. The Gators took out Mississippi last Saturday in a high-flying 51-35 victory. Check back all season long for free college football picks and free college football predictions at Sports Chat Place.

South Carolina took a tough loss in their opening game against a good Volunteers team. The Gamecocks were down 14-7 going into halftime, and couldn’t catch up despite outscoring Tennessee 20-17 the rest of the way.

South Carolina quarterback Collin Hill posted 290 yards with one TD and one interception in the defeat, and Kevin Harris led the rush with 55 yards and a score from 13 carries. Shi Smith was the top receiver for the Gamecocks in that one with 10 receptions for 140 yards and a score.

Over on the Gators’ side, they fared better in their opener versus Mississippi. Florida opened up with a 28-14 lead going into halftime, and scored double-digit points in each quarter throughout the game. The Gators offense was really cooking, especially the passing game.

Speaking of the passing game, Gators QB Kyle Trask went off in the victory for 416 yards and a whopping six touchdowns. Kadarius Toney led the rush with two big totes for 55 yards, and Kyle Pitts had an outstanding reviving game with eight catches for 170 yards and four scores.

Pick: I have to go Florida here. We’ve got a very small sample size of course, but the early indication on the Gators is pretty enticing. That said, this is potentially a trap game as Florida could be looking ahead to Texas A&M, LSU and Georgia on the horizon in the next four outings. Still, the Gators look primed for another big-scoring appearance, so the over in this one probably makes sense as well. 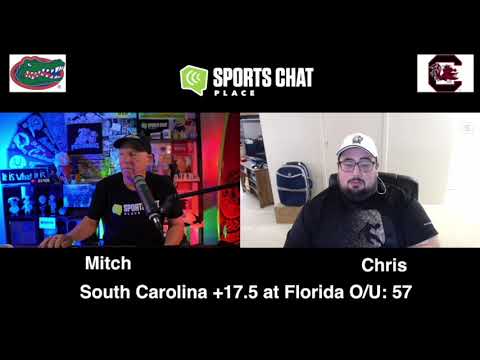