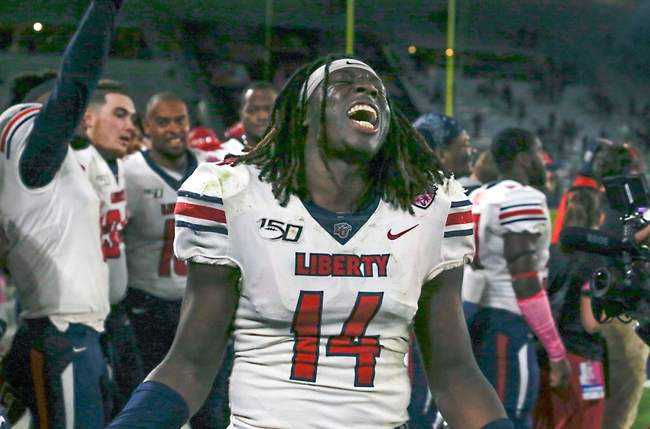 This will be North Alabama’s first game in the 2020 season. Last year, the Lions went 4-7 overall and 3-4 (0-0 officially) in Big South Conference play. As for the Flames, they’ve gotten two games in so far. Liberty is 2-0 after beating Western Kentucky in the opener and FIU last weekend. Check back all season long for free college football picks and college football predictions at Sports Chat Place.

North Alabama is coming off a 4-7 season, unusual because of the team’s transition to NCAA Division I and an official 0-0 Big South Conference record. The Lions played some pretty stout teams with varying results in 2019, but did finish the season with two wins in three games.

The Lions originally had games scheduled versus Monmouth, Hampton and Virginia Tech, but has seen a handful of cancellations since the schedule was announced.

Over on the Liberty side, things have gone pretty well so far. The Flames took out Western Kentucky 30-24 in the opener, and did most of the work on the ground. Malik Willis and Joshua Mack were the top rushers there; Willis had 168 yards and three scores on 21 carries, while Mack posted 23 carries for 100 yards.

Liberty kept rolling last weekend versus FIU in another tight win 36-34. Willis threw for 285 yards and two touchdowns, while also rushing for 85 yards. Mack had another great game on 107 yards with one touchdown on 13 carries, while the lead Flames receiver was DJ Stubbs on 119 yards and a TD off eight grabs.

Pick: I’m going to stick with Liberty here. The Flames’ first two outings have been close results, and they’ve allowed 58 points over those games. That said, Liberty has hit the 30-point mark in both as well, and the offense is looking pretty good thus far. If the Flames can get a nice passing/rushing game balance going this season, they’ll be a relatively dangerous group going forward.