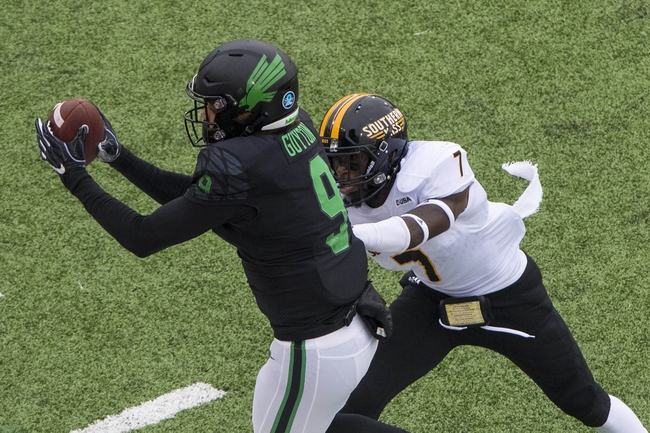 This is a massive total but for good reason. The Southern Mississippi Golden Eagles are fresh off a game where they allowed 66 points against Tulane, and they're 69th in college football out of 72 teams in rush defense. The North Texas Mean Green allowed 31 points to Houston Baptist and 65 points against SMU. North Texas is 68th in pass defense and 62nd in rush defense. Instead of trying to pick a side in what feels like a toss up game, expect constant scoring.

Massive total, but I don't care. Give me the over 72 points.