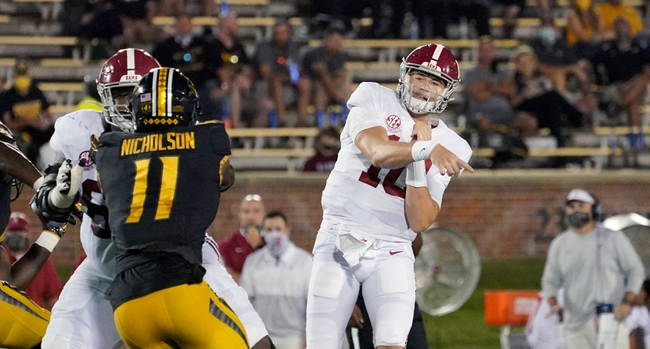 The Texas A&M Aggies will look to build off of a narrow 17-12 win over Vanderbilt last time out. Kellen Mond threw for 189 yards and a touchdown on 17 of 28 passing while Isaiah Spiller rushed for a team-high 117 yards and Ainias Smith had 51 rushing yards and a score for the Aggies as well. Caleb Chapman led the Aggies with 4 grabs for 40 yards and a touchdown while Jalen Preston had 4 catches for 39 yards and Chase Lane would chip in 3 catches for 38 yards in the win. Defensively, Buddy Johnson and Aaron Hansford each had a team-high 11 total tackles while Micheal Clemons had 1.5 sacks and DeMarvin Leal and Leon O’Neal Jr. each had two tackles for a loss. O’Neal Jr. and Demani Richardson each had an interception as well for the Aggies in the victory.

The Alabama Crimson Tide on the other hand, enter this one on the heels of a 38-19 win over Missouri last time out. Mac Jones threw for 249 yards and 2 touchdowns on 18 of 24 passing while Najee Harris rushed for 98 yards and 3 touchdowns on 17 carries. Jaylen Waddle led the Tide’s receiving group with 8 catches for 134 yards and a pair of touchdowns while DeVonta Smith had 8 grabs of his own in the win. Daniel Wright led the Tide on defense with 11 total tackles, all of which were solo tackles while Thomas Fletcher and Patrick Surtain II each had a fumble recory for Alabama’s defense.

Normally after teams play their first games there is some sort of overreaction, and some may feel that Alabama laying this may points is an example of that. However, the Aggies didn’t live up to expectations against Vanderbilt, a Vanderbilt team that’s isn’t projected to do much this season in case no one knew. Alabama didn’t get the cover against Missouri, but the Tide coasted for the entire second half of that game pretty much and have to be waiting to take out some frustration on Texas A&M here. I’ll lay the points with the Crimson Tide in this one. 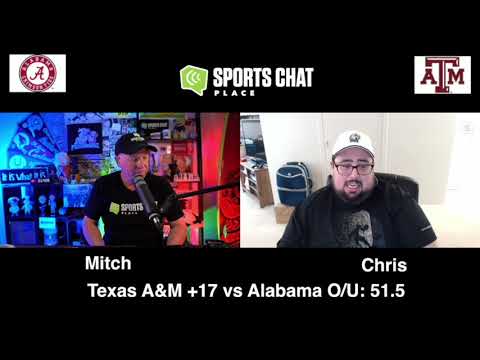