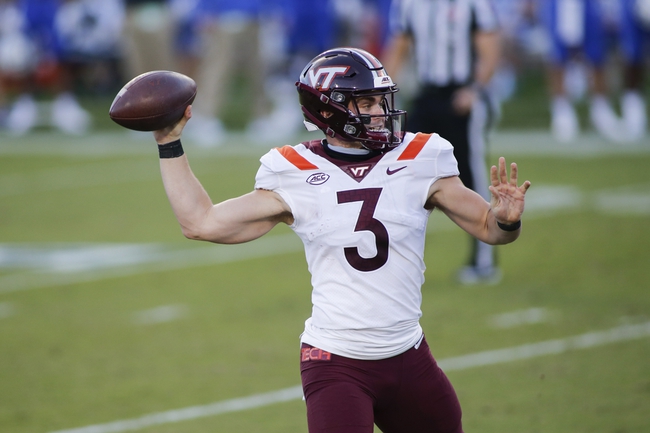 Virginia Tech is 2-0 on the young season so far. The Hokies have taken out NC State 45-24 and Duke 38-31 consecutively on the way to an undefeated start. As for the Tar Heels, they’re 2-0 in their opening pair. North Carolina beat Syracuse 31-6 in the opener, then eked by Boston College 26-22 last weekend. Check back all season long for free college football picks and college football predictions at Sports Chat Place.

Virginia Tech didn’t have much trouble in their first game of the season. The Hokies dispatched NC State 45-24, building up a 31-10 lead at halftime and cruising the rest of the way. The Duke game was a little more interesting, however. Virginia Tech scored 28 points in the second half and still had to hang on for a 38-31 win.

In the victory over the Blue Devils, Virginia Tech QB Braxton Burmeister had 163 yards with one TD and one INT on 9-of-25 passing, with Tayvion Robinson catching two balls for 85 yards. The real star of the show there was Khalil Herbert, who rushed 20 times for 208 yards and two scores.

Over on the Tar Heels’ side, they had a relatively smooth game versus Syracuse, winning 31-6 and out-gaining the Orange 463-202 in total yards. The 26-22 win over Boston College was more interesting however. North Carolina held on to a narrow 21-16 lead at halftime for an eventual 26-22 finish.

In the win over the Eagles, North Carolina quarterback Sam Howell posted 225 yards with two touchdowns and one interception. Michael Carter had 121 yards on 16 carries, and Dyami Brown added four catches for 60 yards.

Pick: I’m going Virginia Tech. This should be pretty interesting game, though. The Hokies have scored a total of 83 points through two games and shown some pretty solid offensive capabilities. The Tar Heels are no slouches when it comes to scoring either, with 57 points in two outings and just 28 points allowed. Still, I think the Virginia Tech unit can put up some points here and power their way to a cover. This will be an important matchup in determining what the ACC is going to look like in 2020, so mark your calendar. 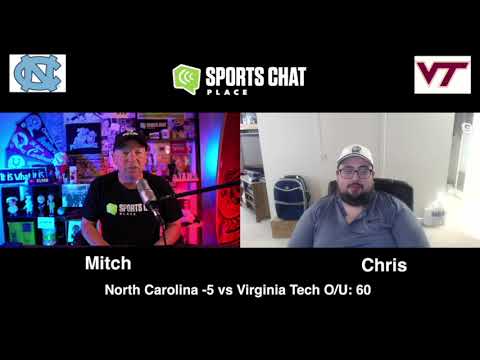