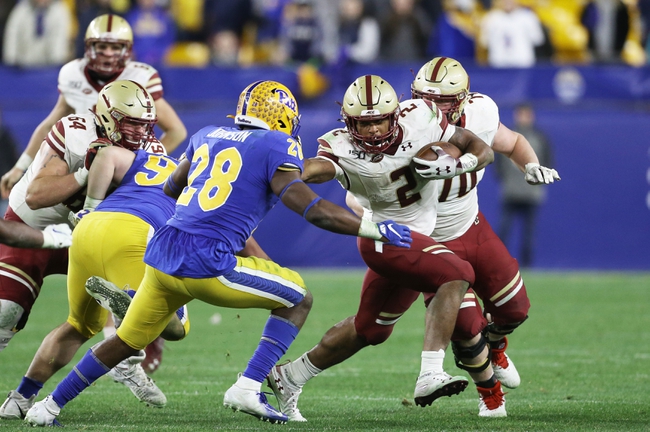 The Pittsburgh Panthers and the Boston College Eagles meet Saturday in college football action from BC Alumni Stadium.

Pittsburgh is sitting at 3-1 so far this season. The Panthers started out with victories over Austin Peay, Syracuse and Louisville but fell in a shocker to NC State 30-29 last weekend. As for the Eagles, they’re 2-1 this year. Boston College posted wins over Duke and Texas State in their first two games, then fell 26-22 to North Carolina last Saturday. Check back all season long for free college football picks and college football predictions at Sports Chat Place.

Pittsburgh came out of the gate swinging this season, outscoring Austin Peay and Syracuse by a total of 76-10. The Panthers last couple of games have been tight, however. The victory over Louisville came by just three, and Pittsburgh was outscored 13-9 in the fourth quarter of their one-point loss to NC State.

In that loss to the Wolfpack, Pitt quarterback Kenny Pickett posted 411 yards and a touchdown, while also leading the rush on 40 yards and two scores. Tops in receiving was DJ Turner with eight grabs for 186 yards, and Jordan Addison had two catches for 77 yards and a TD.

Over on the Eagles’ side, they’ve been pretty solid so far. Boston College didn’t have much trouble in a 20-point win over Duke, and dispatched a sneaky good Texas State team by four points. The Eagles were able to hang in there versus North Carolina, but scored just six points in the second half.

In the loss to the Tar Heels, Boston College QB Phil Jurkovec had 313 yards and two touchdowns, while David Bailey led an anemic rush on 28 yards from seven carries. Tops in the receiving corps was Hunter Long, with nine catches for 96 yards.

PICK: I’m going Boston College here. The Eagles have been pretty reliable in most categories this season, and they’ve posted at least 22 points in every game. Defensively Boston College has kept things under control as well, allowing a max of 26 points over three outings. Pittsburgh certainly has some weapons and can score, but I think the Eagles have the capability to keep the Panthers contained. This should be a great game and will likely come down to a few key plays in the second half. 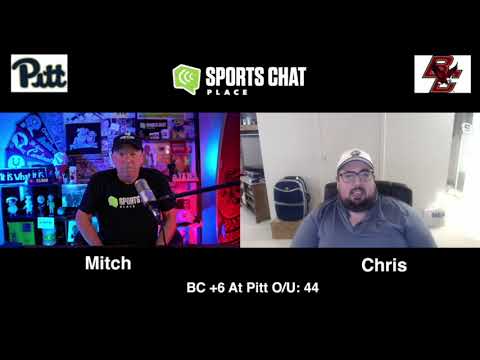