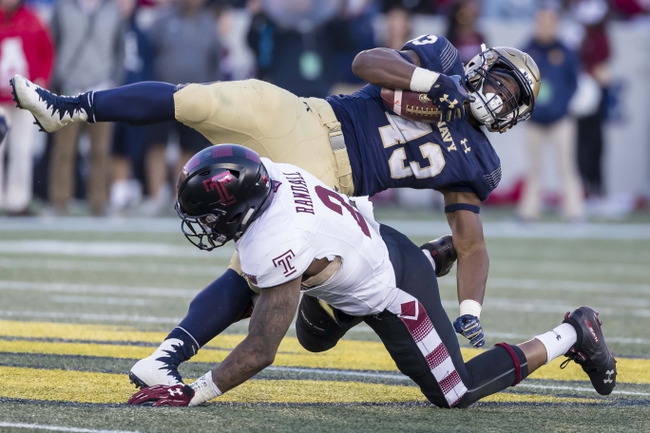 The Temple Owls will finally make their season debut in this contest after a chunk of their schedule was cancelled due to COVID. The Temple Owls won eight games last season and lost three of their five games on the road. Anthony Russo returns at quarterback after throwing for 2,800 yards and 21 touchdowns while completing 58.7 percent of his passes. Temple gets back a 1,000-yard receiver in Jadan Blue as well as Branden Mack, which makes for a duo that had 11 receiving touchdowns last season. Re'Mahn Davis also returns after rushing for 936 yards and eight touchdowns last season as a freshman. Temple is loaded on the offensive end and should be able to put a bunch of points on the board. Defensively, Temple lost a ton of production from a year ago, but Ifeanyi Maijeh returns after 52 tackles, Arnold Ebiketie had two sacks and Amir Tyler had seven pass deflections. Temple is likely going to rely on its experienced quarterback and offensive weapons early this season, as the defense may take time to adjust to a lot of new faces.

The Navy Midshipmen look for their first home victory to get back to a .500 record. The Navy Midshipmen have won six of their last seven home games. Dalen Morris is completing 53.3 percent of his passes for 155 yards, one touchdown and zero interceptions. Morris and Tyger Goslin have combined for two touchdown passes this season. Mark Walker and Mychal Cooper have combined for 167 receiving yards and one touchdown while Myles Fells has two receptions. The Navy Midshipmen ground game is averaging 137.6 yards per contest, and Jamale Carothers leads the way with 176 yards on 42 carries. Defensively, Navy is allowing 39.7 points and 454.3 yards per game. Diego Fagot leads the Navy Midshipmen with 28 tackles, J'arius Warren has one sack and Evan Fochtman has one interception.

Navy has an edge in this game simply because it actually has football games under its belt and has had chances to knock the rust off. Temple has yet to play a game this season and has a bunch of new players on the defensive side of the ball. With that said, Navy looked awful last week against Air Force and it's hard to back them after such a performance. Temple is also loaded offensively and has beaten Navy in each of the last three meetings. It's also easier to prepare for Navy and the triple-option when you have advanced time to prepare.