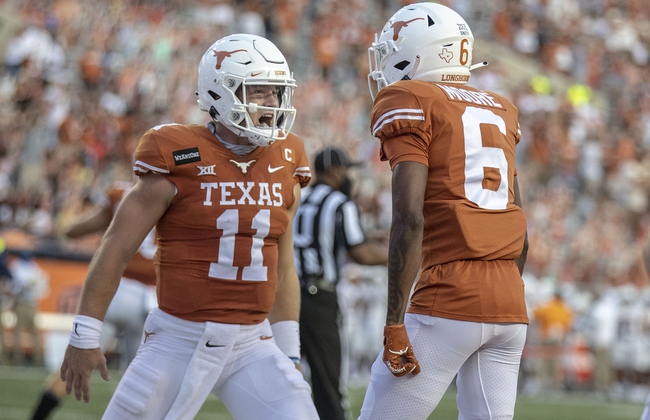 The Texas Longhorns and the Oklahoma Sooners meet Saturday in college football action from the Cotton Bowl.

Texas comes into this one at 2-1 on the season. The Longhorns took out UTEP and Texas Tech in their first two games, but fell in a shocker to TCU last weekend 33-31. As for Oklahoma, they’re in limbo at 1-2 on the young season. The Sooners blew out Missouri State in their first game, but then fell to Kansas State and Iowa State in the next two outings. Needless to say, both Texas and Oklahoma need a win. Check back all season long for free college football picks and college football predictions at Sports Chat Place.

Texas started out well enough in 2020. The Longhorns opened up with a victory over UTEP 59-3, then escaped Texas Tech 63-56 in overtime. The troubles really started to show in the TCU game, a 33-31 defeat for Texas marred by missed opportunities. The Longhorns scored in every quarter there, but allowed TCU to do the same.

In the game three loss, Texas quarterback Sam Ehlinger posted 236 yards with four touchdowns and an interception. Roschon Johnson led the rush with 63 yards on five carries, and Jared Wiley had two receptions for 63 yards.

Over on the Oklahoma side, they opened up strong as well, blasting Missouri State 48-0 in dominant fashion. The Sooners then fell to a sneaky Kansas State team 38-35 in game two and missed a course correction versus Iowa State the following week. Oklahoma fell to the Cyclones 37-30, giving up 14 points in the fourth quarter.

In the loss to Iowa State, Sooners QB Spencer Rattler managed 300 yards with two touchdowns and an interception. Seth McGowan and TJ Pledger each rushed for 47 yards, and Austin Stogner led the receivers with 74 yards on five grabs.

Pick: I’m leaning Texas here. This is going to be a very important game for both teams; whichever one loses will fall further down an early-season hole that may be difficult to get out of. Oklahoma has scored well with 65 points in their last two games combined, but they’ve given up 75 on the other side. Texas is in that same boat with 94 scored in that same span and 89 given up. This should be another high-scoring shootout but I like the Longhorns to eke into a cover. 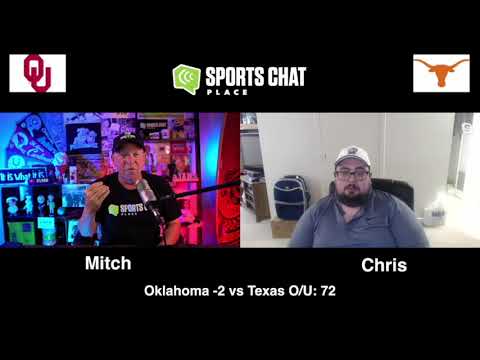