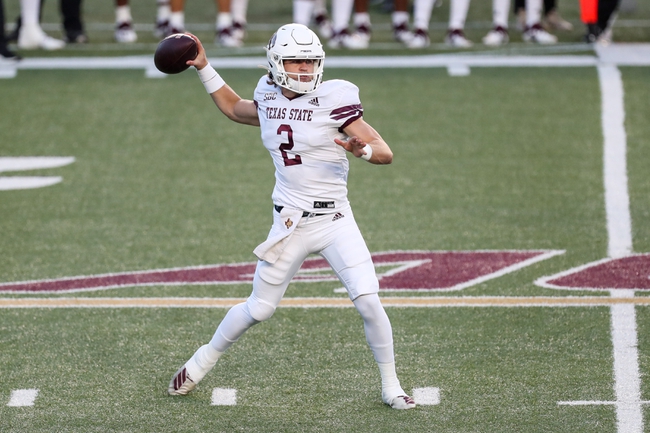 Texas State comes into this game at 1-3 so far. The Bobcats managed a win over LA-Monroe in their third game but have otherwise fallen to SMU, UT-San Antonio and Boston College this season. As for the Trojans, they’re 1-1 after a pair of outings in 2020. Troy destroyed Middle Tennessee 47-14 in their opener, but had the tables turned by BYU 48-7 in the game last weekend. Check back all season long for free college football picks and college football predictions at Sports Chat Place.

The Bobcats’ record through four games looks pretty ugly, but the team has been in each game and has been putting up decent points totals. Texas State lost by just seven to SMU, then just three points to both UTSA and Boston College. The Bobcats have also scored at least 21 points in every game so far.

In the 24-21 loss to Boston College, Texas State’s Brady McBride posted 229 yards, two touchdowns and an interception. Calvin Hill led the rush with 49 yards and a score, and Drue Jackson had three catches for 54 yards. Marcell Barbee managed two touchdowns with four catches for 45 yards as well.

Over on the Trojans’ side, it’s been a tale of two games in 2020 thus far. The 47-14 win over Middle Tennessee couldn’t have gone much better, as Troy racked up almost 500 total yards in the game. The BYU game was a shot of reality however; the Trojans were facing a 38-7 deficit after three quarters and coughed up 24 unanswered points after halftime.

In the loss to the Cougars, Trojans QB Gunnar Wilson was 21-of-33 for 162 yards, and Kimani Vidal led an anemic rush with four carries for 23 yards. Tray Eafford managed a pair of catches there for 59 yards to lead the receivers.

PICK: I’m going Texas State. Part of that comes from Troy’s big loss last week. The Trojans allowed a whopping 664 total yards to BYU, and only came up with 181 themselves. (Granted, the Cougars are pretty darn good this year.) Texas State seems to be pretty good at getting their offense rolling so far this year, so I like the Bobcats to get off to a nice start, keep the game close and put up a good points total here.