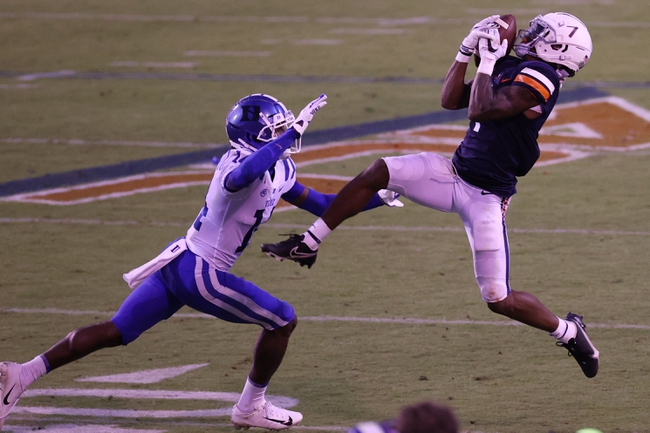 The NC State Wolfpack and the Virginia Cavaliers meet in an ACC college football matchup from David A. Harrison III Field on Saturday afternoon.

The Virginia Cavaliers will try to rebound from a 41-23 loss to Virginia last time out to fall to 1-1 this season. Brennan Armstrong has thrown for 539 yards, 5 touchdowns and 4 interceptions on 54.5% passing as well as 135 rushing yards while Wayne Taulapapa has a team-high 142 rushing yards and 2 touchdowns this season. Billy Kepm IV has a team-high 17 catches for 166 yards while Lavel Davis Jr. has 159 receiving yards and a pair of touchdowns. Defensively, Nick Jackson leads the Cavaliers with 24 total tackles including 13 solo tackles while Zane Zandior has 22 total tackles and Joey Blount has 13 solo tackles as well this year. Richard Burney has a pair of sacks while Brenton Nelson has a pair of interceptions for Virginia.

This feels like a lot of points to lay considering NC State’s big road win over Pitt last week. However, while I haven’t really known Virginia as the kind of team that blows their opponents out of the water, NC State’s playing back-to-back road games which is tough enough as it is, and to be honest, a blind squirrel catches a nut once in a while, just like NC State surprises with an outright win on the road. But don’t get it twisted, this NC State team is still a bad road team and I think we see the Cavaliers show us that with a win by two scores at least. I’ll lay the points with Virginia in this one. 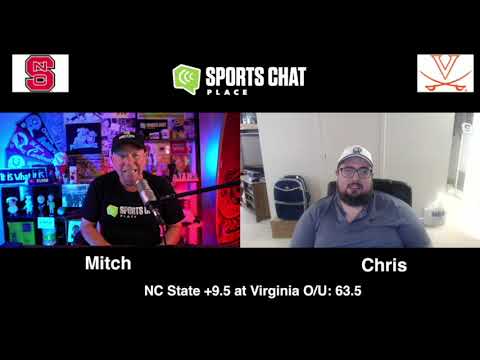