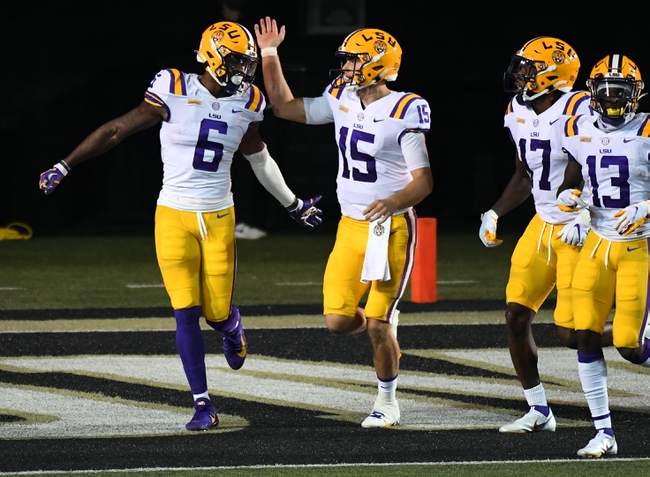 The Missouri Tigers could use a feel good win here to prevent a rough 0-3 start to the CFB season. The Missouri Tigers have lost five of their last six road games. Connor Bazelak is completing 57.1 percent of his passes for 286 yards, zero touchdowns and one interception. Bazelak and Shawn Robinson have combined for one touchdown pass and one interception. Jalen Knox and Damon Hazelton have combined for 200 receiving yards on 18 catches while Tyler Badie has three receptions. The Missouri Tigers ground game is averaging 97.5 yards per contest, and Larry Rountree III leads the way with 151 yards and one touchdown. Defensively, Missouri is allowing 36.5 points and 418 yards per game. Nick Bolton leads the Missouri Tigers with 25 tackles, Trajan Jeffcoat has two sacks and Joshuah Bledsoe has two pass deflections.

The LSU Tigers look for their first home victory to get a game above a .500 record. The LSU Tigers have won seven of their last eight home games. Myles Brennan is completing 60.2 percent of his passes for 682 yards, seven touchdowns and three interceptions. Brennan has eight touchdown passes on his last 123 pass attempts. Terrace Marshall Jr. and Jaray Jenkins have combined for 306 receiving yards and four touchdowns while Arik Gilbert has eight receptions. The LSU Tigers ground game is averaging 120.5 yards per contest, and John Emery Jr. leads the way with 130 yards and one touchdown. Defensively, LSU is allowing 25.5 points and 449 yards per game. JaCoby Stevens leads the LSU Tigers with 17 tackles, Jabril Cox has one sack and Eli Ricks has two interceptions.

Missouri hasn't had the easiest schedule in the world with games against ranked Alabama and Tennessee, but we've seen the Tigers struggle on both sides of the ball and it doesn't get much easier in this spot. LSU looked a lot more like LSU last week against Vanderbilt, and Brennan looks a to more comfortable with this offense with more reps under his belt. There is some potential for a look ahead spot with LSU having a trip to Florida on deck, but LSU also can't afford not to impress as they need style points to get back in the thick of these rankings. Missouri just hasn't done enough through two games and doesn't have the horses offensively to give LSU a scare.

Thick line, but the LSU Tigers have shown they're more than capable of blowing the doors off lesser competition. I'll eat the chalk. 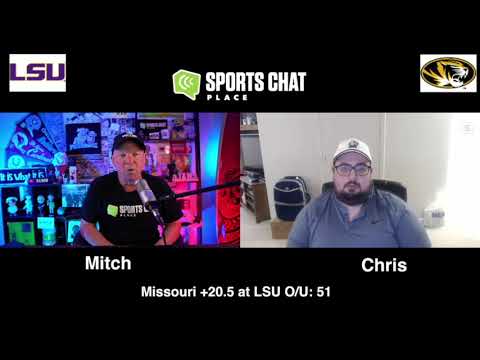