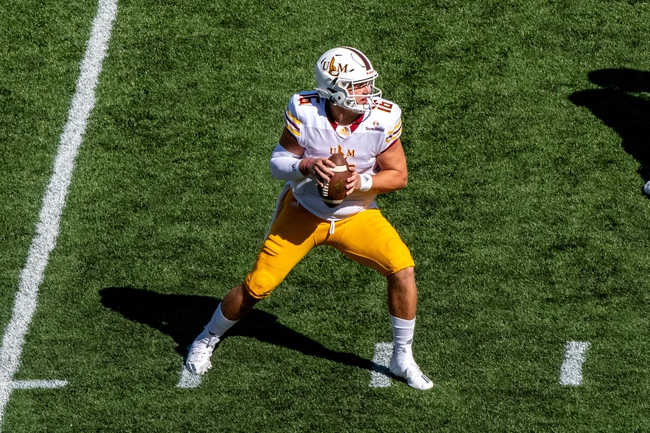 The Liberty Flames look for a win and their first 4-0 start to a season since 2008. The Liberty Flames have won seven straight home games. Malik Willis is completing 72.5 percent of his passes for 418 yards, two touchdowns and zero interceptions. Willis and Chris Ferguson have combined for five touchdown passes this season. DJ Stubbs and Kevin Shaa have combined for 290 receiving yards and two touchdowns while CJ Yarbrough has four receptions. The Liberty Flames ground game is averaging 274.3 yards per contest, and Joshua Mack leads the way with 337 yards and one touchdown. Defensively, Liberty is allowing 21.7 points and 280.7 yards per game. Anthony Butler leads the Liberty Flames with 21 tackles, Durrell Johnson has four sacks and Emanuel Dabney has two pass deflections.

The Louisiana Monroe Warhawks may be winless on the season, but they've gotten good quarterback play this season and are coming off their best showing of the year where they took Georgia Southern down to the wire. Louisiana Monroe feels like a team that's slowly turning toward the right direction. The Liberty Flames are undefeated, but two of their three wins were decided by one possession and this will be just the fifth time they've been favored of 17 or more points. It's just weird seeing Liberty get all this love from oddsmakers, and I'm not sure I'm ready to lay these monster numbers just yet.

Louisiana Monroe is showing progress from game to game. I'll take the three touchdowns if forced to pick this contest.