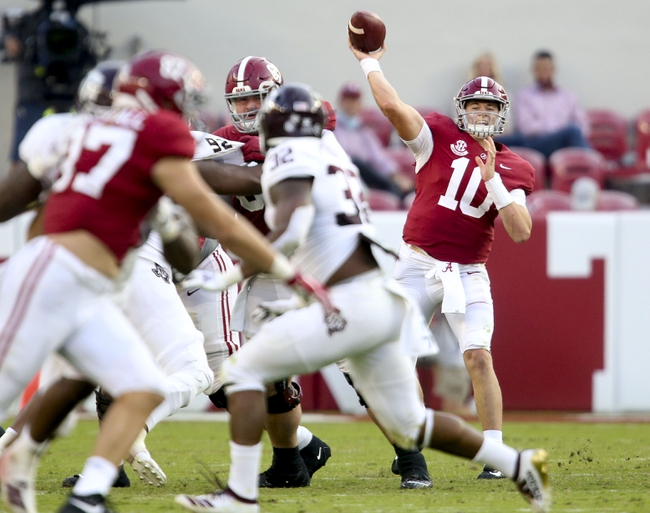 The Alabama Crimson Tide and the Ole Miss Rebels meet in an SEC college football matchup from Vaught-Hemingway Stadium on Saturday night.

The Alabama Crimson Tide will look to build on their 2-0 start after a 52-24 win over Texas A&M last time out. Mac Jones has thrown for 684 yards, 6 touchdowns and an interception on 74.5% passing while Najee Harris has rushed for 141 yards and 5 touchdowns this season. Jaylen Waddle leads Bama’s receiving group with 13 grabs for 276 yards and 3 TDs while John Metchie III has 223 receiving yards and 2 TDs and DeVonta Smith has a team-high 14 grabs for 152 yards. Defensively, Christian Harris has a team-high 16 total tackles along with 14 solo tackles while Jordan Battle is right behind with 15 total tackles.

The Ole Miss Rebels will look to build off of a 42-41 win over Kentucky in their last outing for their first win of the season. Matt Corral has thrown for 715 yards, 7 touchdowns and an interception on 76.7% passing while Jerrion Ealy leads Ole Miss with 123 rushing yards with a pair of touchdowns. Elijah Moore leads the Rebels in receiving with 20 grabs for 319 yards while Kenny Yeboah and Jonathan Mingo each have 100+ receiving yards this season. Defensively, Keidron Smith and Jaylon Jones each have a team-high 17 total tackles with Smith logging 12 solo tackles and A.J. Foley has an interception this season.

This feels like a massive total considering that the Rebels have been held to less than 10 points in two of the last three meetings. However, Ole Miss held their own in a down year last year in contributing to a total that hit 90 points and while defense hasn’t been Ole Miss’ M.O. this season, their two games have averaged 84.5 points per game this season. I think Alabama could hit 50 here, but the defense this year has also left a lot to be desired for the Crimson Tide, so I’ll side with the over here in a game that could also hit 85-90 points when all is said and done. 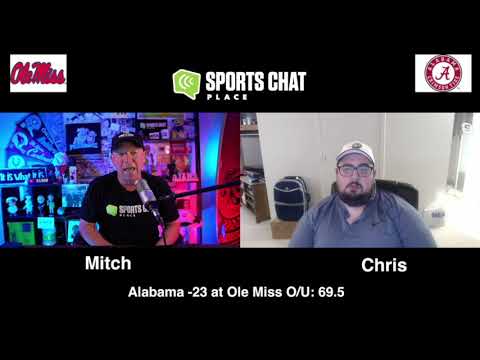