The SMU Mustangs look for another win to start a CFB season 5-0 for the second straight season. The SMU Mustangs have won six of their last nine road games. Shane Buechele is completing 68.6 percent of his passes for 1,326 yards, 10 touchdowns and two interceptions. Buechele has two touchdown passes in 14 of his last 16 games. Reggie Roberson Jr. and Rashee Rice have combined for 746 receiving yards and five touchdowns while Danny Gray has 14 receptions. The SMU Mustangs ground game is averaging 219.5 yards per contest, and Ulysses Bentley IV leads the way with 412 yards and seven touchdowns. Defensively, SMU is allowing 23.3 points and 412.5 yards per game. Delano Robinson leads the SMU Mustangs with 31 tackles, Elijah Chatman has three sacks and Brandon Crossley has two interceptions.

This could be a bit of a trap game for SMU after playing a ranked Memphis squad and having a ranked Cincinnati on deck. The Tulane Green Wave also aren't a pushover and have had a great deal of success at home dating back to last season. With all that said, SMU is the more polished team on both sides of the ball, especially offensively. If SMU gets rolling early this is a game that could get out of hand rather quickly. I'm not confident Tulane has the horses to hang in this game for 60 minutes.

Give me SMU by a touchdown. 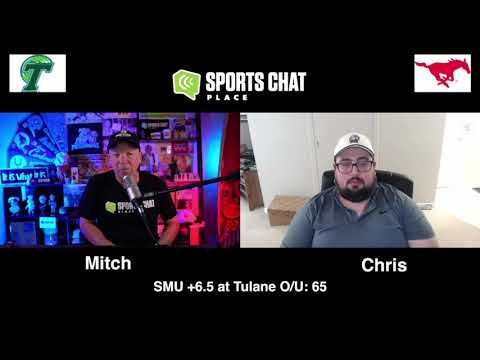